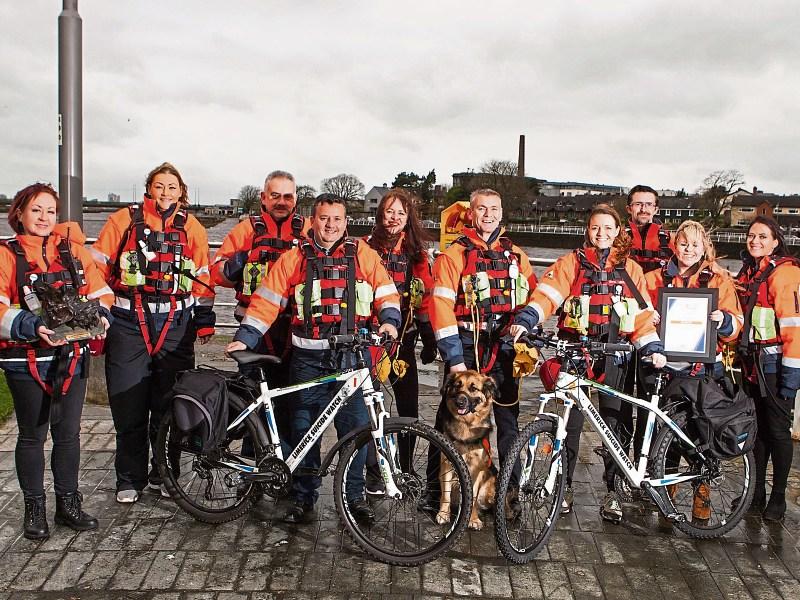 A LIMERICK charity which provides a vital service to people in distress has started an outreach service.

Limerick Suicide Watch, whose volunteers patrol the banks of the River Shannon several nights a week, are now also meeting people in locations away from the city, on a special information bus.

While the group’s main focus is to keep eyes on the river, and identify and provide support to those in distress and who may be contemplating suicide, it has also expanded its focus to a wider geographical area, covering suburban and rural Limerick.

As part of this community outreach programme, the team visits schools, places of works, and local communities to promote positive mental health and encourage conversation around these issues, plus suicide.

The group’s vice-chairman Alex Henriques said once a week for the time being, volunteers are heading away from the city centre to various locations.

“We patrol the river four nights a week, but we want to expand and raise awareness. The only way we can do this is using the mobile unit we have,” he said.

“Our plan is to go to communities, to schools, youth services and GAA clubs around Limerick, in the nights we are not on patrol,” he explained.

Alex said it’s important for the charity to be able to reach out to different sections of society, pointing out that not everyone in distress is to be found in the city centre at night-time.

“People are in distress, not just on the river, but everywhere. A lot of people are impacted, and this will raise awareness of what we do. We know sometimes people might not want to talk outside, they might want a bit of privacy, and if they know we are in their community, they might come and talk to us,” he said.

Limerick Suicide Watch depends on donations from the public and fundraising events to help fund training, safety equipment and the day-to-day operation of the group.

The group says it continues to look at other ways it can support Limerick people.

Last month, the Leader reported a new calendar which will raise funds for Limerick Suicide Watch.

For the second year in-a-row, artist and designer Karen Ryan has put together the ‘061 calendar’, which will take on themes from the popular Lewis Carroll’s Alice in Wonderland.

Many other local groups have also helped fundraise for Limerick Suicide Watch.