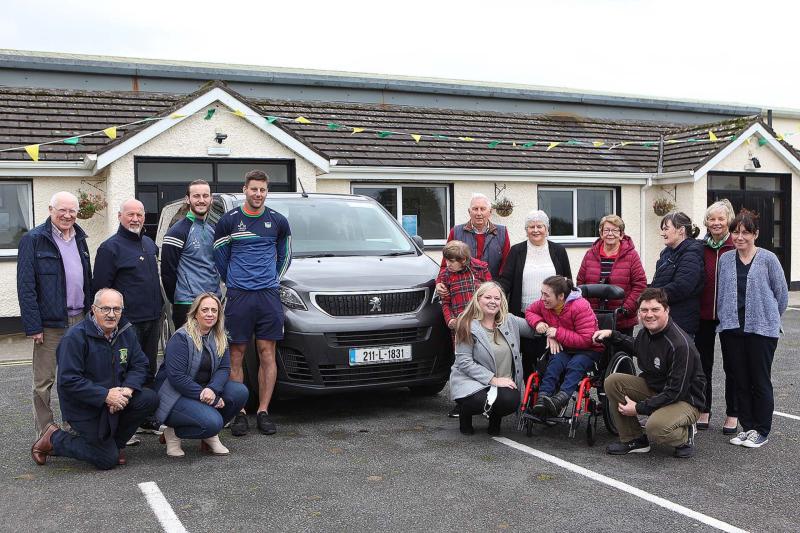 THE MORRISSEY brothers have been thanked for driving on a fundraiser to buy three minibuses for the Daughters of Charity.

The wheelchair accessible vehicles are needed due to the social distancing rules around Covid and to transport service users to and from their homes in the community.

Michael Hearne, of the Lisnagry Association, said they were asked to help raise the money. Due to Covid they couldn’t do church gate collections and their other regular ways of raising money so they started a GoFundMe page.

“They needed the minivans badly because the vehicles they had demanded a lot of sanitising and they just didn’t have the staff or the facilities to do the sanitising necessary so they wanted more vehicles. These three are all brand new modern vehicles.

“We have a lot of people out in houses. Either there is no public transport or if the transport is there they can't access it. Without these kind of vehicles they wouldn’t be able to get out. They are essential,” said Mr Hearne, from Lisnagry.

He said the first fundraiser was “hard going” so they asked influencer Louise Cooney, Dan and Tom Morrissey and Ahane GAA Club to share the GoFundMe page.

“It really helped get the word out there. There is a certain Limerick man who was listening to the All-Ireland final out in California. He had done well in real estate and he topped up the money we needed for the third bus. He gave €23,000 or 24,000 so we were able to get our third bus.

“The Morrisseys don’t know how influential they are – if that man in California could donate that money… He was watching the All-Ireland with his son and was moved to do it because of the Morrissey link,” said Mr Hearne

Each of the three Peugeots cost close to €50,000. Michael said the vehicles will be used to bring service users to clinics, the cinema, scenic spots, playgrounds and lots more.

On behalf of the Lisnagry Association – a voluntary group made up of family, friends and supporters of the Daughters of Charity – Mr Hearne thanked Louise Cooney, Dan and Tom Morrissey, Ahane GAA Club and everybody who donated to help give service users a new lease of life.

Calls for removal of 'horrific graffiti' at popular Limerick walkway