Limerick councillors call for an end to Irish Water 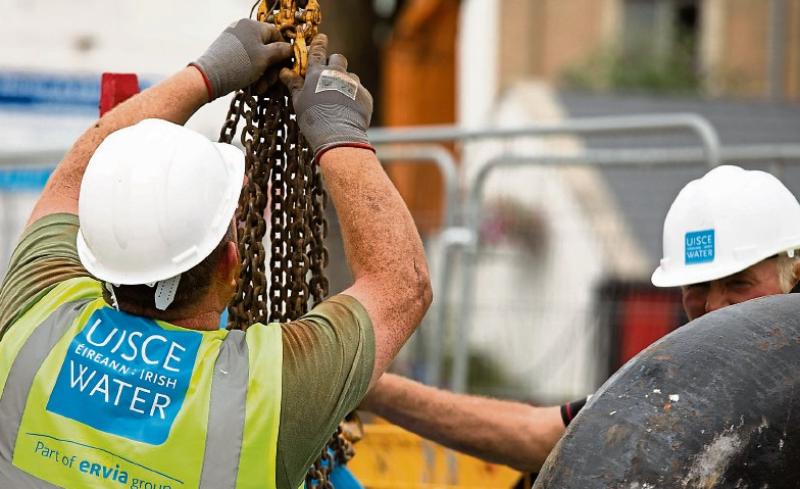 FOLLOWING a “torrid summer” of problems with water, councillors took the opportunity of a full meeting of the council to vent their ongoing frustration with Irish Water.

Leading the torrent of complaints was Fine Gael’s Cllr John Sheahan who blasted the company for its outages, breakages, lack of water and a total lack of communication between Irish Water and its customers. Yet, he said, the blame for all of these was being laid at the feet of councillors.

He also criticised the managing director of Irish Water, Niall Gleeson for his comments to an Oireachtas Committee.

According to Cllr Sheahan, Mr Gleeson tried to blame councils for recent problems, including the issue of the 51 people who fell ill in Gorey, Co Wexford.

“He also said in that meeting that Irish Water has legal responsibility but no direct control over water treatment plants,” Cllr Sheahan said. “He has done a complete Pontius Pilate.”

In Glin, the councillor continued, a water mains had burst ten or twelve times over the last two years but Irish Water had told him there were “higher priorities”

“We are creating a quasi water apartheid,” Cllr Sheahan declared.

His initial motion, supported by all the Newcastle West councillors, was for a review of the service agreement made in 2014 between the council and Irish Water, where council staff carried out work on behalf of Irish Water. He was now withdrawing that, he said. “I don’t think that goes far enough now”.

And he proposed instead that “Irish Water as a utility company be wound down and disbanded forthwith and the provision of water and waste water services be devolved to local authorities, block-granted by the national exchequer.”

“We are sick to death of Irish Water. We want it (water) brought back here and have full autonomy ourselves.”

Seconding the motion, Cllr Liam Galvin said Irish Water was not fit for purpose. And he cited an example of eight water outages in nine weeks in one part of Abbeyfeale.

“Our reservoirs are being drained through leakages,” he declared. Limerick TDs needed to get the message to government, he argued, and get the funding for local authorities to do the job instead of Irish Water.

“They can’t be fit for purpose. They have no money,” declared Cllr Stephen Keary, adding that Irish Water would not function until such time as water charges are levied. To ask €100 per household “was not a big ask” he said and it would make a huge difference to carrying out capital works.

Other councillors highlighted particular problems:the destruction at Rhebogue Meadows as a result of a burst main; the high cost of a water connection at €6,200;the lead pipes in Patrickswell; the byzantine bureaucracy of Irish Water and the sewerage pollution in Janesboro.

“It would take a lot of frustration out of it if we had more information,” he said.

However, Cllr Conor Sheehan said he couldn’t see any point in the motion being put. “Does anyone really believe that by writing a letter to the government that they are going to take us any way seriously?” he said.

The motion to disband Irish Water and allow local authorities to take over water services was passed.