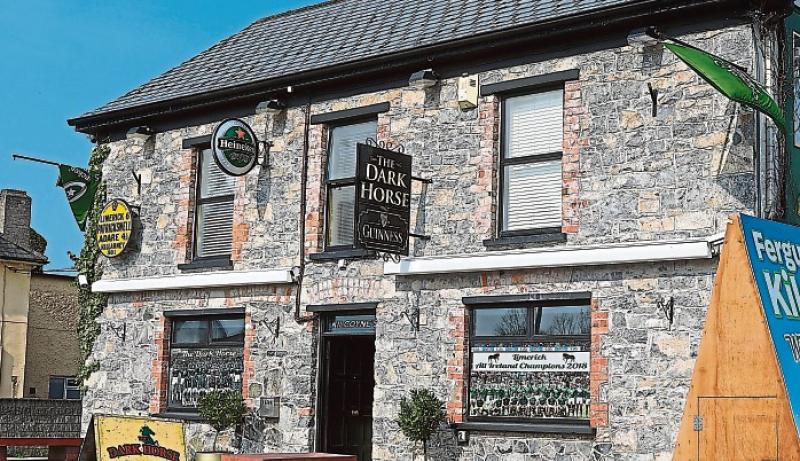 TWO Patrickswell women, who claimed they were discriminated against in The Dark Horse pub because they were members of the Traveller community, failed in their case which came before Judge Carol Anne Coolican in Newcastle West court.

The premises is a family business owned and run by Cllr Fergus Kilcoyne and his wife.

Mary Ellen Harty said she, her mother and sister-in-law went into the pub for a drink on November 9, 2019. It was her sister-in-law’s birthday and they were on their way to dinner later, she explained.

Ms Harty ordered three drinks from a woman at the bar and they were served. But sometime later, she went outside to make a phone-call about their lift and her mother followed her to have a cigarette.

When she went to go back in, Ms Harty said, the door was closed.

The court heard a regular approached and he was let in by Fergus Kilcoyne (pictured below) but when she tried to get in, Mr Kilcoyne “put up his hand half-way to block my entry.”

“He said ‘No’”, she told the court. She asked Mr Kilcoyne what do you mean and what is the reason.

“He said you got your drink”.

The gardai came, Ms Harty said, but told her it was a civil matter.

“We left,” Ms Harty said. “We were very embarrassed to be honest. We knew all the people in the pub.”

“Why do you think you were not allowed back in?” her solicitor Andrew d'Arcy asked.

“To be honest, it is clearly down to discrimination because I am a member of the Traveller community,” she said.

Her mother had previously brought a case against Mr Kilcoyne she said before continuing: “I am here not just for myself but for my children. We are in 2021. Discrimination is gone. There is nobody above anyone else on this earth.” 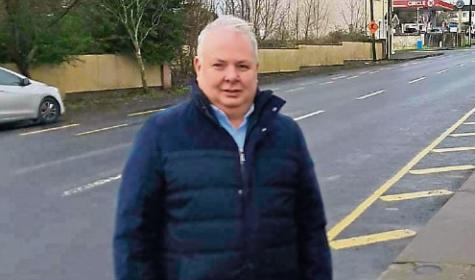 Solicitor Kate Cussen for Giselle Taverns Ltd put it to Ms Harty that Mr Kilcoyne had had no interaction with her and that there was “no question he allowed somebody else in”.

“He did not open the door,” Ms Cussen put to her. But Ms Harty disagreed.

She could not remember what day of the week it was, she told Ms Cussen but asserted it was November 9, her sister-in-law’s birthday. Ms Cussen said: “It was Friday, the 8th of November you were on his premises.”

“I am telling you it was the 9th,” Ms Harty replied.

Ms Harty’s mother, Noreen Harty also gave evidence. She said when Mary Ellen tried to get back in, Mr Kilcoyne opened the door and said “No” and then “slammed” the two doors. “She rejected Ms Cussen’s suggestion that the gardai never came.

Cian Enright told the court he was working on Friday, November 8 and served the women.

“I am almost certain they left together,” he said. “Fergus came in and said did they finish their drinks. I said yes. He closed the door.

“The door was closed and nobody was left in during that time, Mr Enright said.

He was the only one on bar duty that night.

“There is no text or document to show you were working,” solicitor Andrew d'Arcy put it to him in cross-examination.

Mr d'Arcy also said it was “not credible” that the door of the bar would be closed at 6 o’clock on a Friday evening for stocktaking and shelving. “Is that what you want the court to believe?” he asked.

Mr Kilcoyne, in his evidence, said he checked the date when he got the summons. He had another court case and a funeral on the date the women were in the bar and was 100% certain it was Friday, November 8.

He said as he arrived back after the funeral, and was approaching the pub, he saw the three ladies ready to cross the road to a car waiting across the street for them.

He went into the pub and asked Cian Enright was everything OK.

“Why did you question Mr Enright specifically about the women?” Mr d'Arcy asked.

“I wanted to make sure they had finished their drinks and left. I was happy about that and I closed the door.”

Asked why, he said he had been away all day and wanted to have a cup of tea. He had a habit of closing the door for 15 or 20 minutes if he had “to do stuff”.

“I am the owner of the pub. I can make the decision myself,” he said.

Nobody came into the pub while the door was closed, Mr Kilcoyne said. When it was put to him that he put up his hand to Ms Mary Ellen Harty and said No, Mr Kilcoyne replied: “That didn’t happen.”

And he told Ms Cussen it was Cian Enright who was working that night, not a woman.

“Have you a policy of not serving Travellers?” Ms Cussen asked.

“No. We serve a lot of the Travelling community going regularly to Rathkeale,” came the answer. “The restaurant next door serves them and they come in for a pint.”

“You didn’t engage with them. It is just complete fabrication.”

Mr Kilcoyne said he was aware Hartys were in the bar because Mr Enright had rung him. He said he told him (Mr Enright) to give them a second drink if they wanted it.

“You went in and said ‘have they finished’ and by pure coincidence you closed the door for half an hour,” Mr d'Arcy said, adding that it wasn’t remotely credible that he closed the bar to do stock taking at 6 o’clock on a Friday evening.

Judge Coolican, having reviewed the conflicting evidence, said she was satisfied the women had been served. She noted there was no Garda witness and no witness to the incident at the door although there were 20 people in the bar.

She dismissed the case.