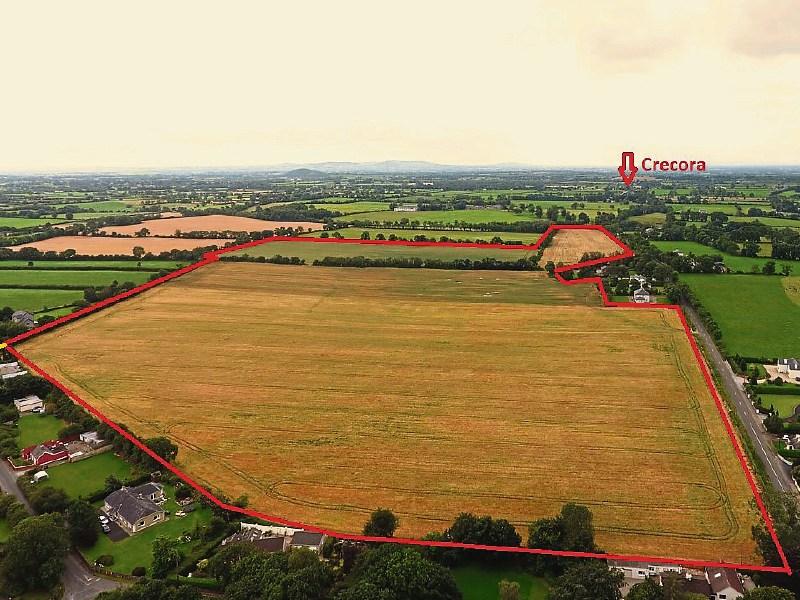 THIRTY years ago the Ploughing Championships came to County Limerick.

In a remarkable twist of fate, the land where the event was held will be up for action within a week of the 30th anniversary.

The 79 acres at Kilpeacon, Crecora, will be for sale via public auction on Friday, October 22 at 3pm at GVM’s Limerick City Auction Rooms.

Describing the land, GVM’s Tom Crosse said the Ploughing Championships wasn’t held there for no reason.

“It was on that very site. It reflects the tremendous soil depth and land quality associated with this area. That land is the real deal. It’s definitely one of the finest farms that has come to the market in the Limerick area in recent years,” said Mr Crosse.

The GVM Group Property Director said the farm of land has only been advertised since the weekend and his phone is already hopping.

“It’s buzzing. It can stay as arable land or switch to equestrian, beef or dairy. There are a lot of top class farmers in the area,” said Mr Crosse.

The 79 acres is expected to top the €1m mark when it goes under the hammer. Mr Crosse also expects business interest.

“It is a lovely area to live in. There is extensive road frontage running between Kilpeacon Cross and Crecora. Sites out there are fetching €100,000 so if you got a couple of those it would make it very cheap.

“Business people are seeing land as a very good investment – a very safe haven. I think it should be a good seller,” said Mr Crosse.

There is also an option to purchase a superb detached residence adjoining the lands which is for sale by private treaty.

Mr Crosse won’t be taking holidays in late October as on the previous day – Thursday, October 21 – he will auction 63 acres in Herbertstown together with a bungalow. On the day before – Wednesday, October 20 – he has the auction of lands in Robertstown, Ballyhahill and Shanagolden Demesne, Shanagolden.

Limerick follows up All-Ireland win with 'Liam MacCarthy of farming'