Culture Night: Limerick prepares to reconnect and come together once again 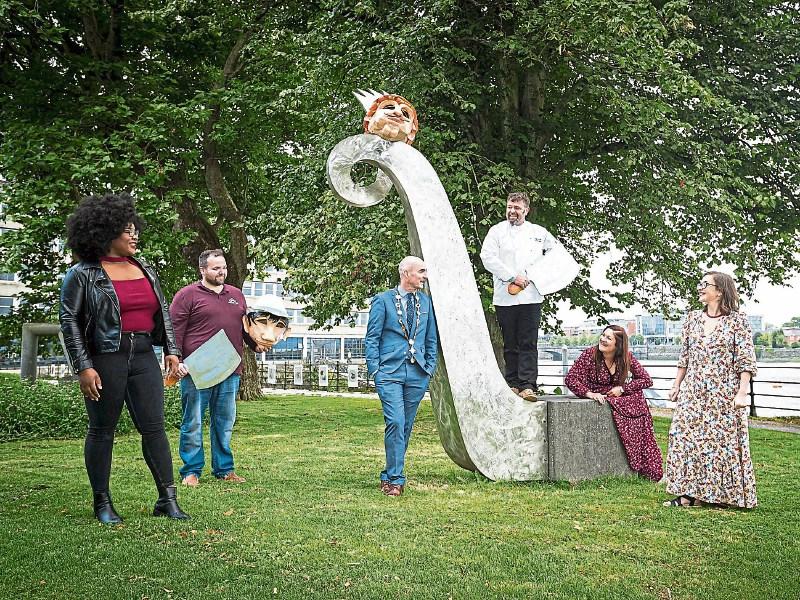 Mayor of Limerick Daniel Butler launches Culture Night 2021 in the company of friends in the garden at the Hunt Museum | PICTURE: Keith Wiseman

CULTURE Night 2021, which takes place this Friday night will see hundreds of families and people, young and old, heading out for a blast of what we all love: music, excitement, fun and the magic of creativity.

This year’s programme, though varied and lively, is however, a bit more curtailed than what we have come to expect for this night of nights.

Certain restrictive guidelines were in place when the programme was being devised and as a result the events are smaller in scale and primarily focused on outdoor live and digital events in Limerick city and county towns.

“We welcome Culture Night, especially this year as we reconnect and come together again, in person, at venues around the city and county, to celebrate creativity and culture,” the Mayor of Limerick City and County, Cllr Daniel Butler said in advance of Friday night. “This is an opportunity to support our creative communities and artists by participating in and enjoying the programme.”

One of the most exciting nights of the year is here! Join us for Culture Night 2021 to celebrate the cultural, artistic and creative communities of Limerickhttps://t.co/go1jaGFQHt #CultureNight #OícheChultúir pic.twitter.com/N35hcJvxSe

At the centre of the programme are two live outdoor hubs of activity, the Hunt Museum and the Milk Market. The Hunt Museum will stage a Children’s Speaker Corner in the front courtyard with the challenge to the young to spell out what they would do “If I were Mayor of Limerick” while a fashion show will take place in the Sculpture Garden.

The Pigtown Culture & Food Series will display their Giant Pig and family pig floats in the Milk Market, with some close-up magic by illusionist Steve Spade as the Downtown Dixieland Band play.

The University Concert Hall is also hosting a live event, in celebration of the recent renovation of their Compton Organ, world renowned organist Richard Hill will accompany a screening of Charlie Chaplin’s silent movie The Pawnshop. There will also be concerts at 1pm and 7.30pm on the day.

Walking tours are a big feature of this year’s Culture Night offering. OpenHouse Limerick will host a guided tour of the city’s medieval quarter.

In Newcastle West, the Foróige’s Street Art Tour celebrates the history of the town and its people on sites provided by the ESB while In Kilmallock and Kilfinane, local young people, working with Street Art Company LUMEN Street Theatre, will design and instal colourful drain monsters.

Other self-guided trails include the Limerick Street Art Trail, The Women of Limerick App Guided Trail and the Shannon River Treasure Trail.

“Never has it been more important for an event like Culture Night to take place,” said Arts Officer with Limerick City and County Council Dr Pippa Little and she urged people to get involved.

For full details go to limerick.ie/culturenight.