BREAKING: A bridge too far for van driver in Limerick 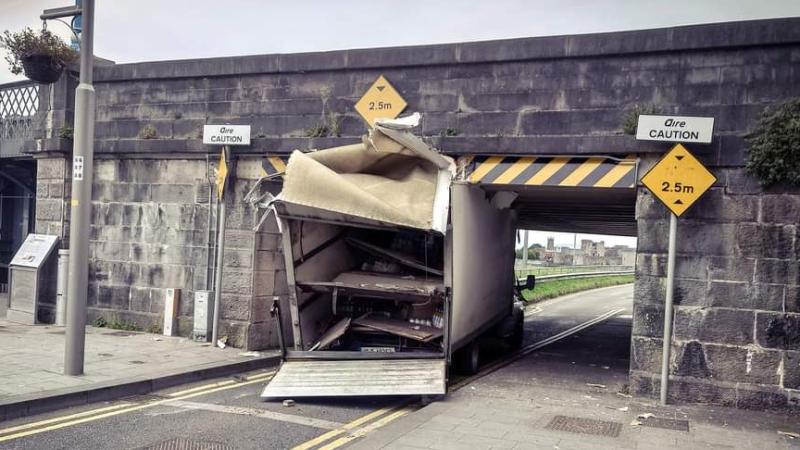 A VAN driver got his measurements wrong this Wednesday morning when he hit Sarsfield Bridge in Limerick city.

He was travelling under the underpass at Honan's Quay at around 9am. 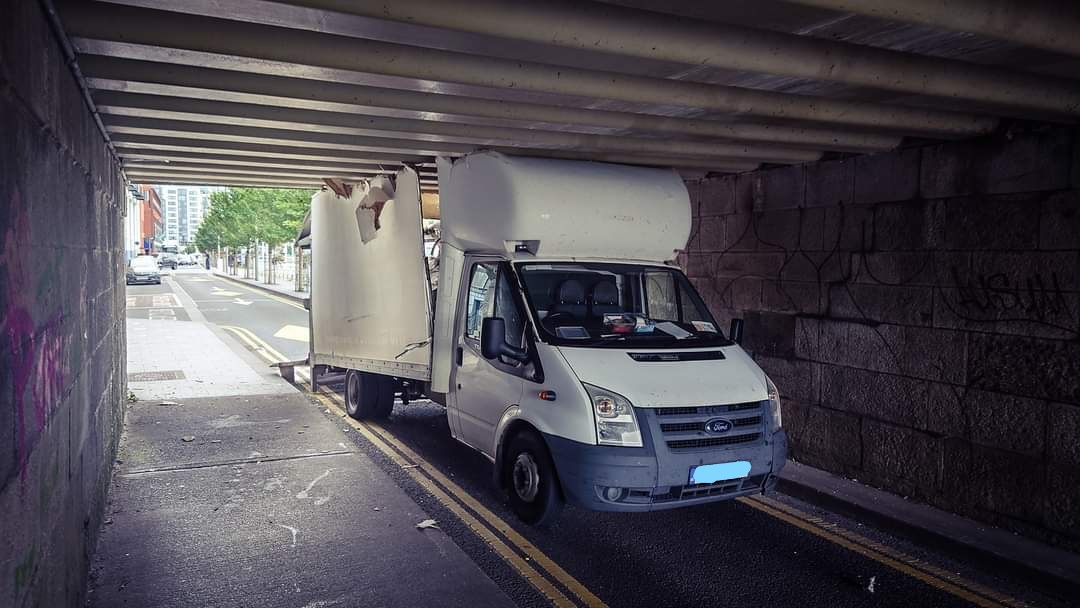 A garda spokesperson said: "Gardaí attended the scene of a single vehicle road traffic collision where a van struck a bridge on Honan’s Quay, Limerick city."

No injuries have been reported and the road is now clear.

Sean Ryan was having a stroll in the city at the time when he saw the unusual sight of the van being towed away. He took the photo below and kindly sent it to the Leader. 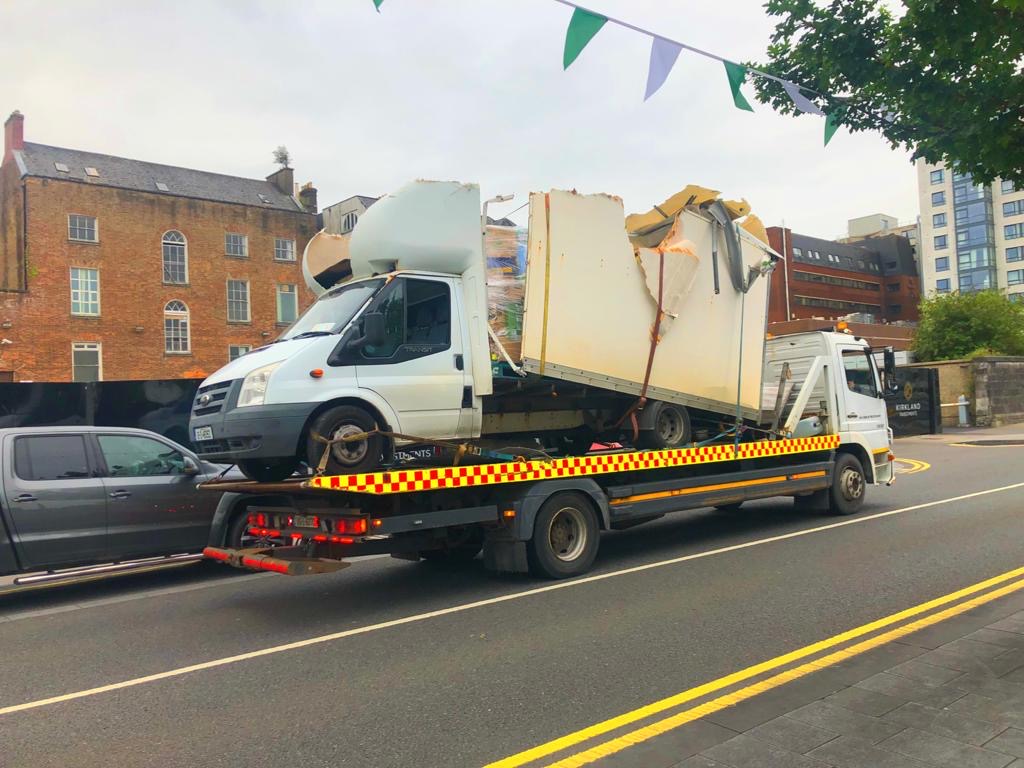