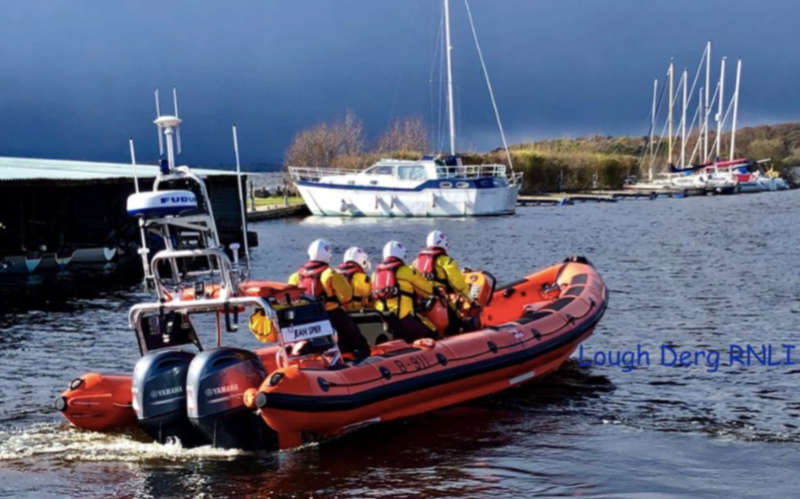 VALENTIA Coast Guard requested Lough Derg RNLI lifeboat to launch to assist a family of four on a cruiser reported aground close to Terryglass Harbour on Saturday evening.

"The lake had a moderate chop with westerly winds Force 4, gusting Force 6. Visibility was poor with frequent squalls

"A boat owner in the harbour had been transferred out to the casualty vessel earlier when he had seen them in difficulty. All five people were safe and unharmed and wearing their lifejackets," said the RNLI spokesperson.

The RNLI volunteer on board the casualty vessel checked that the vessel was not holed and given the weather conditions, the RNLI helm decided that the safest course of action was to take the cruiser off the rocks and out into safe water.

"At 9.42pm the lifeboat had the cruiser off the rocks and out into safe water, where the drives and rudder were found to be in good working order. With an RNLI volunteer remaining on board and the lifeboat remaining alongside, the cruiser made its own way to the safety of Terryglass Harbour. At 9.52pm the lifeboat departed and was back at Station at 10.24pm," said the spokesperson.