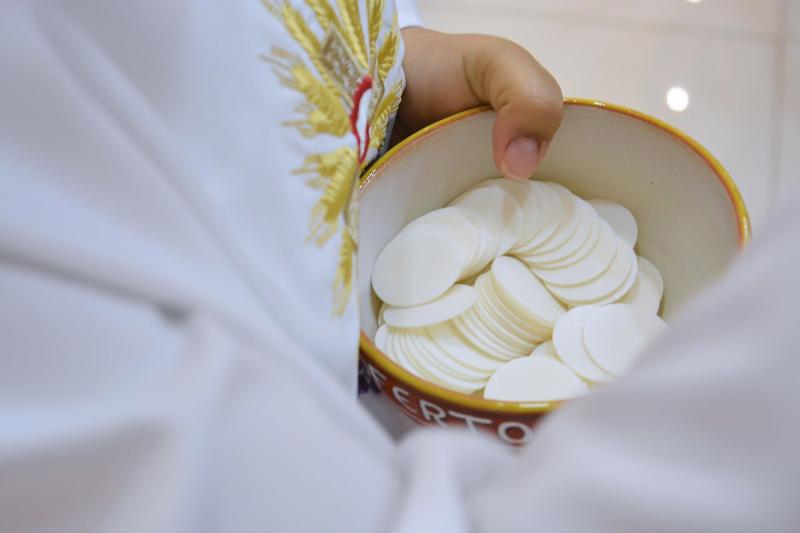 CLARITY is needed on the celebration of religious sacraments because children have been left in limbo, says Minister Patrick O’Donovan.

He says Holy Communions and Confirmations should be allowed to continue “now”.

“People should be allowed get on with their lives within the parameters of the public health restrictions and allow people to celebrate within family groupings,” said Minister O’Donovan.

A number of Catholic bishops have defied public health advice by allowing Holy Communions and Confirmations to take place in their dioceses this month.

One of those is the Limerick-born and former parish priest of Rathkeale, Bishop of Waterford and Lismore Phonsie Cullinan. Bishop of Limerick Brendan Leahy isn’t one of the religious renegades.

Minister O’Donovan said he has written to Tanaiste Leo Varadkar about the issue.

“First of all, I am delighted there is clarity that 100 people can go to weddings. I had a number of different couples onto me who had invitations sent out. I spoke to the Tanaiste and his office and I’m really delighted that we could give clarity to the couples that didn’t know what they were able to do,” said Minister O’Donovan.

Now he wants similar clarity on Communions and Confirmations.

“We’ve now gotten to the situation where 100 people can go into a hotel for a wedding which is fantastic. Holy Communions and Confirmations are typically small gatherings of families. The chief medical officer was concerned about the post sacramental functions and celebrations but they are typically small gatherings back at the house. They would be way smaller than weddings for the most part,” said Minister O’Donovan.

He points to boys and girls making their Confirmation who have left their primary school for secondary.

“First Holy Communions and Confirmations are big milestones, a rite of passage. They are a big part of religious formation and they are a big celebration in the community. I know of one child who has had their Holy Communion put off three times

“I have asked him for clarity as quickly as possible now that we have clarity on weddings. I would like to get certainty and dates around which our parish communities can plan,” said Minister O’Donovan, who adds that it isn’t just for the Catholic faith – “it is for all denominations”.

Current Covid-19 measures say ceremonies including First Holy Communions and Confirmations should not take place at this time. Baptisms may proceed on August 5.