AN iconic trophy contested by generations of families in Kilkee has been lovingly restored – and will be up for grabs again next week.

The Richard Harris trophy, played for at the resorts annual rackets tournament, has been put back together in an operation which took a London silversmith more than a year to do.

It comes after it was damaged in a wanton act of vandalism two years ago when youths knocked it off the public perch it was sitting on during the 2019 tournament, leaving it to smash on the rocks.

And it’s not a moment too soon, with John Dinneen, now living in London, but from Caherdavin, travelling across to Ireland next week with the trophy to allow the annual rackets game take place at the Kilkee courts on August 7. 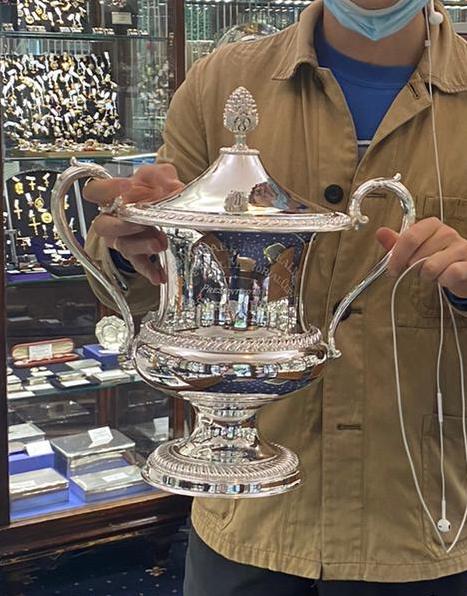 Actor Harris was said to have won the competition four times between 1948 and 1951, giving the trophy its unique name.

Beside the Pollock Holes in Kilkee there is a statue of the Harry Potter star playing the game he loved.

John says he is “thrilled” to be bringing the cup back over, adding he was “heartbroken” and “gutted” after the trophy got damaged.

He spent £600 on the repair of the silver, but sadly at present, the base cannot be fixed, as this will come with a price tag of a further £1,000. All are welcome at the tournament.