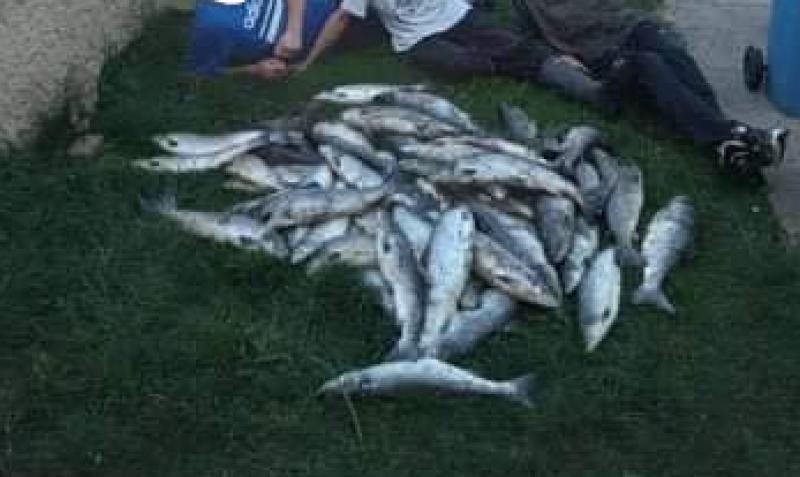 Three men are seen sitting down posing for the photograph with thumbs up behind the fish.

Cllr Emmett O'Brien, who is a keen boatman, posted photos that have been circulating online, on his Twitter page.

"Shocking scenes from social media of wild salmon allegedly caught at the tail race Ardnacrusha. What are Inland Fisheries Ireland and the ESB doing to stop poaching at the tailrace?" asked Cllr O'Brien. 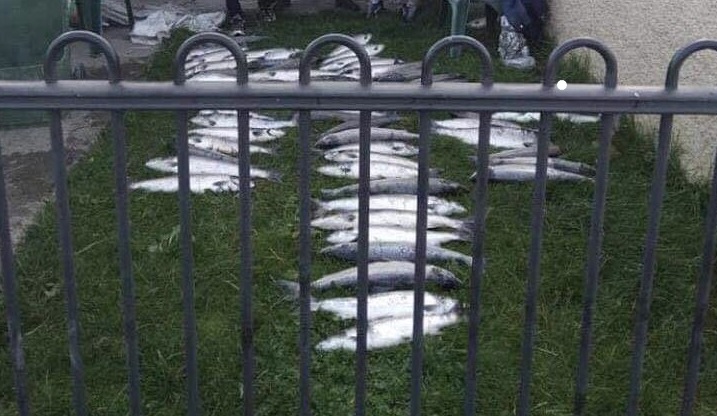 It is understood that there are up to 60 salmon in the photos. It is believed that the endangered wild Atlantic salmon was dumped as it couldn't be sold.

Both Inland Fisheries Ireland and ESB responded quickly to queries from the Leader.

On Sunday, July 25, Inland Fisheries Ireland (IFI), which is the State agency responsible for the protection and conservation of freshwater fish and habitats, received reports from members of the public around illegal fishing activity on the River Shannon in Limerick city.

"IFI is currently investigating the circumstances of this incident and is therefore not in a position to comment further at this stage.

"IFI would like to thank the public for reporting this type of illegal activity. In the course of its work, IFI officers use a wide variety of overt and covert patrol methods, which include drones, long range spotting scopes and other covert methods in the apprehension of offenders," said an IFI spokesperson.

An ESB spokesperson said they have been made aware of the alleged poaching incident in the Ardnacrusha tail race.

"ESB, along with the wider angling community, was also shocked to see the photographs in question. ESB undertakes a number of fisheries conservation activities on an annual basis, including the operation of a salmon hatchery on the river Shannon at Parteen.

Under Cllr O'Brien's tweet, Dr Will O'Connor, of Ecofact wrote: "The salmon get trapped in the tail race due to the fish passage problems caused by the hydroelectric scheme. Most of the water is coming down the tail race - and the fish pass at the dam does not work. When the turbines come off load the fish are easily caught in nets."

Members of the public with any further information on this incident, or to report suspicions of illegal fishing and sightings of illegal nets elsewhere, are being encouraged to contact Inland Fisheries Ireland’s confidential hotline number on 1890 34 74 24, which is open 24 hours a day.