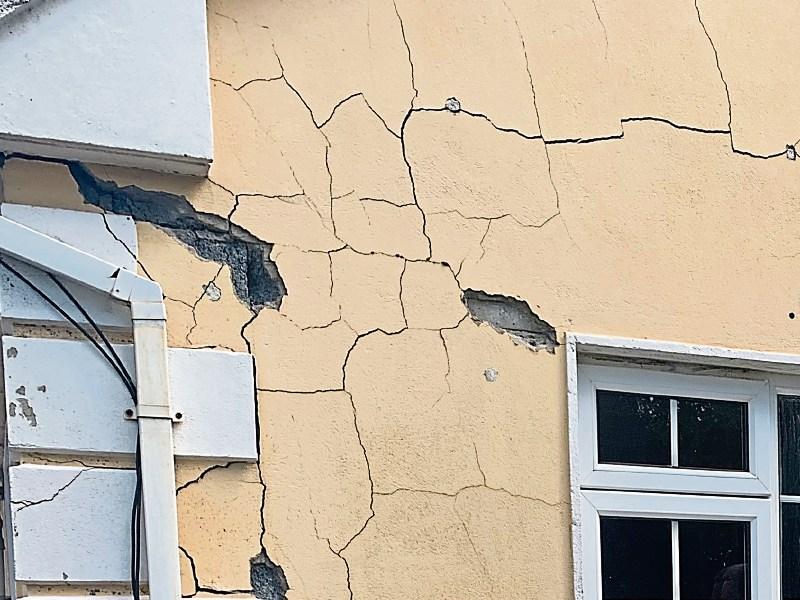 FIANNA Fáil TD and Minister of State, Niall Collins has called on the local council “to step up to the plate as a matter of urgency” on the issue of pyrite in Limerick homes.

“This issue has been advanced by other local authorities who are now included in the scheme,” he said this week. And he has urged the council to expedite the matter and make a formal submission to be included in the government’s remediation scheme. “The onus is now on the council here to have the issue expedited,” he said adding that he has contacted the council on the matter, and made them aware of number of householders affected across Limerick.

His comments come after Minister for Housing, Darragh O’Brien revealed in the Dáil that, while preliminary discussions have taken place between the council and the Department of Housing about pyrite problems in Limerick homes, no formal submission has been made on the matter,

And until this is done, the wait will continue for householders such as Anne Ryan and her brother Kieran, who live in neighbouring houses outside Askeaton and whose story was highlighted last month in the Limerick Leader.

The Government’s original remediation scheme, which was extended to Limerick last year, does not address their concerns as it involves only the house foundations, Anne Ryan explained. In both their cases, the foundations are sound because the blocks came from a different source. It is the concrete blocks used in the walls that are defective and now crumbling.

But before the new scheme, the Defective Concrete Blocks Grants Scheme, could even be considered for Limerick, Minister O’Brien told his colleague Minister Collins, Limerick City and County Council would have to conduct the same rigorous analysis as was carried out in Donegal and Mayo.

The council, Minister O’Brien continued would have to “first of all demonstrate that the purported issues in Limerick are in fact due to the presence of excessive amounts of deleterious materials (mica or pyrite) in the aggregate used to manufacture the concrete blocks”. The council would also have to quantify the extent of the problem in the area.

“We want things to start moving forward,” said Anne Ryan, who is chairperson and founding member of the Limerick Pyrite Action Group.

Since setting up the group, she has become aware of at least 15 households experiencing problems with pyrite, she said. “If you are on your own, you are going nowhere,” she added. The group can be contacted on Facebook or on 086-3369420.