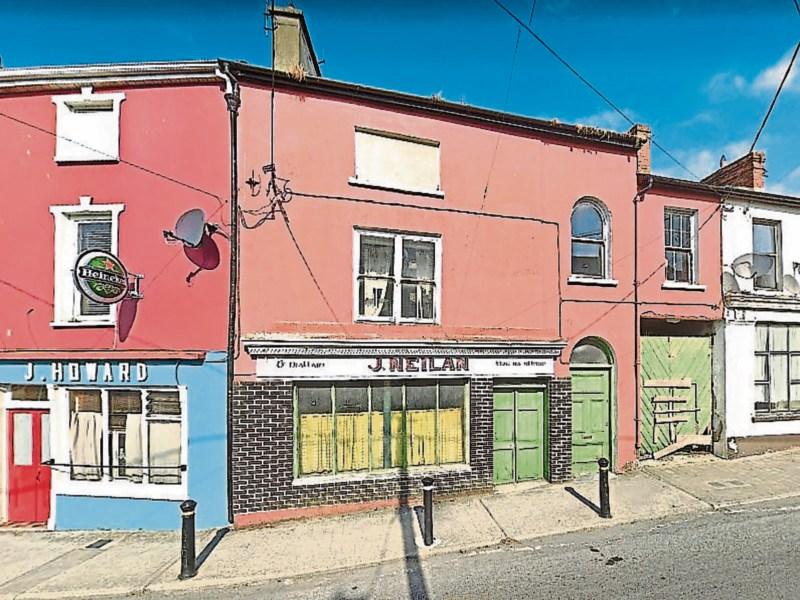 LIMERICK City and County Council been given permission to compulsorily acquire a former pub in Bruff which has been derelict for some time.

An Bord Pleanála has approved the application to CPO the former public house and over-the-shop accommodation at Neilan's Public House at Main Street in the village.

In his report, which has recently been published, planning inspector Hugh D. Morrison notes the property has been vacant for some time and is in a derelict state.

"Paintwork to the 'shop front' timber joinery comprised in the window, door, and door to the upper floors is weathered and faded. The pair of doors to the passageway are in a severe state of disrepair; The bottom portion of either door has been broken and boarded over in an ad hoc manner and these doors have been secured in the closed position by the attachment of further boards, again, in an ad hoc manner," he commented.

In its submission, the local authority said a notice under the Derelict Sites Act was issued in February 2018 after it received complaints concerning falling slates, vegetation, dumping, and vermin at  the site.”

It moved to CPO the property late last year.

Objecting to the CPO, the Personal Representative of the deceased owner of the site said it forms part of her Estate and is required to be available for the discharge of the deceased’s liabilities, bequests and legacies

She added there was agreement in principle for the sale of the property subject to the title being registered with the Property Registration Authority.

According to Mr Morrison’s report, the objector also rejected the local authoroity’s allegation of inaction by stating the Estate of the deceased is of limited means and that “she, as the deceased’s Personal Representative, has been acting in a voluntary capacity to resolve issues arising from her demise.”

Referring to the objector’s submission, the inspector noted the deceased died a number of years ago and that no remedial works have been carried out since.

He also noted that as of June 1, the  freehold interest had not been registered with the PRA.

“I consider that an inordinate period of time is elapsing in seeking to achieve this precondition for the anticipated sale,” he commented adding there was no information “as to the use which the prospective owner of the property proposes for it and whether she would be in a position to remedy its dereliction”.

Recommending that the council’s application be approved by the board, Mr Morrison stated: “On balance, I consider then that the compulsory acquisition of the subject building should be confirmed to ensure that the remedying of its derelict state can be expedited.”

Members of the board adopted his recommendation at a meeting which took place at the end of last month.