Remembering the merger of University of Limerick and Thomond College... 30 years later! 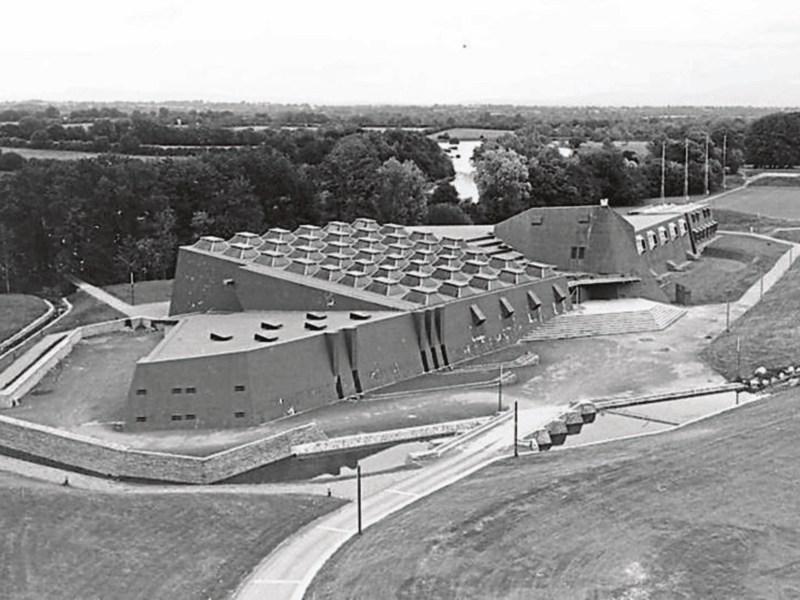 The National College of Physical Education Building - pictured in 1974.

Thirty years ago, on July 8 1991, Thomond College of Education was dissolved and its staff, students, buildings, and its pioneering curriculum were transferred to the University of Limerick.

Thomond College had been founded as the National College of Physical Education in 1971 to meet a national need to prepare students to teach physical education in secondary schools.

The government decided to locate the new college at Plassey, where the National Institute for Higher Education was at the same time emerging.

The College’s first students began their studies at St Mary’s College, Twickenham, before arriving at Plassey in 1973, where they were accommodated in an impressively modern, though then somewhat dysfunctional building (now the PESS building).

In 1976, the College’s curriculum expanded to include the training of specialist teachers in woodwork, metalwork and general and rural science.

In 1980, the Oireachtas transformed the National College of Physical Education into Thomond College of Education, reflecting its expanded curriculum.

Since the beginning, high-level relations with the neighbouring National Institute of Higher Education had been tetchy and sometimes fraught, though those between staff and students, who shared a common library, sports and dining facilities were usually warm and friendly.

By the mid-1980s, the demand for specialist teachers began to decline, obliging the government to limit the numbers entering

Thomond in the years that followed. At the same time, the anticipated transformation of the National Institute for Higher Education into the University of Limerick with degree awarding powers ultimately determined the College’s future.

The integration of Thomond into the University was largely successful. Most of Thomond’s sixty-three academic staff transferred into a Faculty of Education, headed by a dean, while others found a home in the Humanities and Sciences. Support staff were placed throughout the university in various capacities.

Today the curriculum pioneered by Thomond College continues to evolve under the guidance of the School of Education and the Department of Physical Education and Sports Sciences.

Some recollections of Thomond staff have been gathered as part of the UL Oral History Project, and can be assessed on the Digital Library (see Professor Jim Gleeson and Ms Mary Smith). More will be collected as the project continues.

As part the University’s fiftieth anniversary in 2022-3, all will have an opportunity to reflect on the establishment and development of Thomond College and to celebrate the success of its staff and graduates who have made an immense contribution to Irish education.