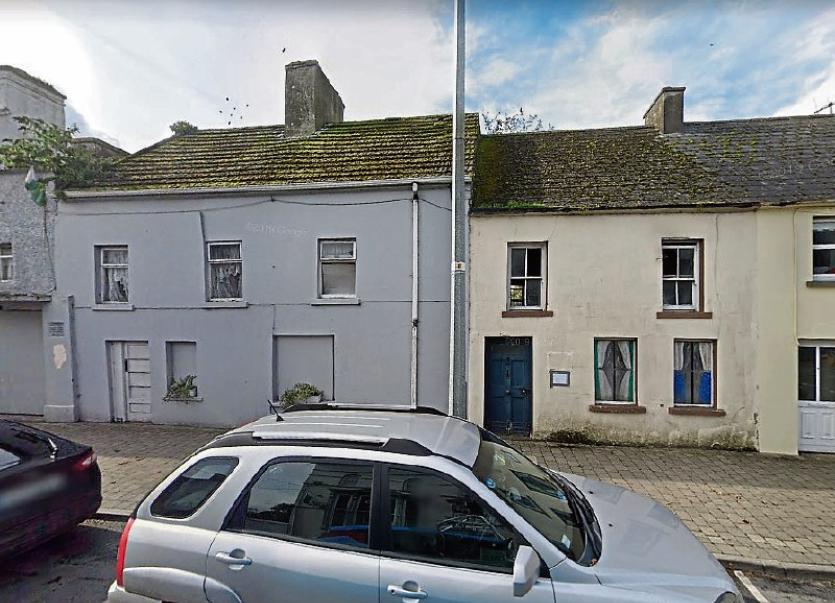 The local authority had sought permission to CPO the adjoining properties which are located at Main Street in the town near the former dance hall where Sean O’Riada performed his first concert in 1952.

Both houses were placed on the register of derelict sites in June 2020 and CPO proceedings were initiated late last year as part of a council initiative to tackle dereliction in a number of towns and villages across Limerick.

In his objection to the proposed acquisition, the owner, who lives in New York, said the properties have been in his family’s ownership for 200 years and that he purchased the site from his brother in March 2017.

“He intends to use the main building as a family home and remainder of the property as a community space in line with its historic use as a cinema/theatre/dance hall,” states a recently-published report from planning inspector Hugh D Morrison.

According to the inspector’s report, the owner of the houses did engage with the local authority to address some of the concerns which were expressed about the condition of the properties.

“In September 2020, the owner discussed with LCCC what works would be necessary to remove the site from the Derelict Sites Register. Thereafter, a contractor was hired to undertake the works identified. These were completed within a month. Nevertheless, a Section 15 notice was still served upon the owner,” states Mr Morrison.

In its submission, the local authority highlighted the presence of a significant amount of rubble at the rear of the buildings and said this has been “the subject of complaints concerning vermin.”

While the council disputed that works have been carried out to address the concerns, Mr Morrison’s report cites a number of invoices and letters from neighbouring businesses and Bruff Tidy Towns which suggest otherwise.

While satisfied that the two houses “could reasonably be described as derelict” the planning inspector recommended to the board that the owner by given time “to afford him the opportunity” to address matters.

The board agreed it would be ‘premature’ to approve the proposed acquisitions.