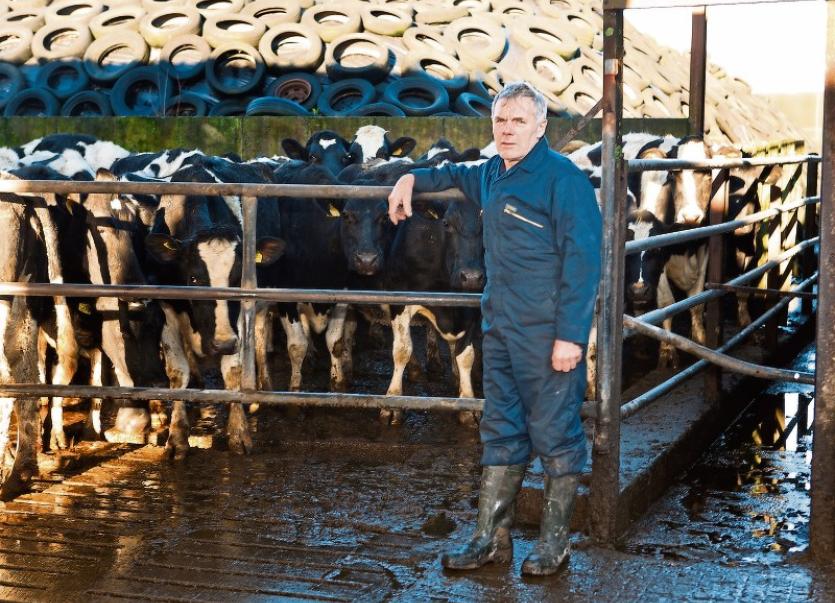 ICMSA’s Ger Quain said farmers are being “short-changed by milk processors on May milk price”.

The Limerick man and the chairperson of the association’s dairy committee wants board members to “stand up to management and insist that improved market returns are returned in full and on time”.

Mr Quain, of Creggane-Colmanswell, said: “We were back in familiar territory where farmers are forced to note the stark contrast between the situation that applies when markets are falling and prices cuts are introduced in full and instantly, and the situation when markets are rising – as at present – when the farmer prices are raised grudgingly and always lag the price the co-op itself seems to be receiving.”

The dairy farmer said the benchmark of 36cpl was a very achievable and reasonable price for May milk.

“The fact that only one co-op, namely Lakeland Dairies, hit this as their base price is hugely disappointing and is - we strongly suspect - indicative of co-ops holding back on price for the peak production month."

“Costs have risen substantially in 2021 and, while prices have kept ahead of them to this point, input costs are notoriously ‘sticky’ in that they tend not to fall as quickly as they rise”, pointed out Mr Quain.

He continued: “The context to all this is the question of environmentally sustainable milk production; for family farming to be sustainable going forward, milk prices need to stay at or above 36cpl.

“Processor representatives seem to think that farmers should be delighted with the price they are receiving, but inputs have risen, debts associated with investments need to be repaid, and real sustainability is going to require the current milk price to be itself sustained in the long term.”

In the short term, Mr Quain said that the “short-changing on milk price needs to stop immediately”.

“The blunt truth here is that if Lakelands were able to pay 36cpl as their base price, then so were the others – they just chose not to. That means that the board members who are charged with ensuring fairness to the farmer-suppliers have to explain why they did not stand their ground and insist that the price that could have been paid and that should have been paid was actually paid. That price was 36cpl and everyone knows that,” concluded Mr Quain.