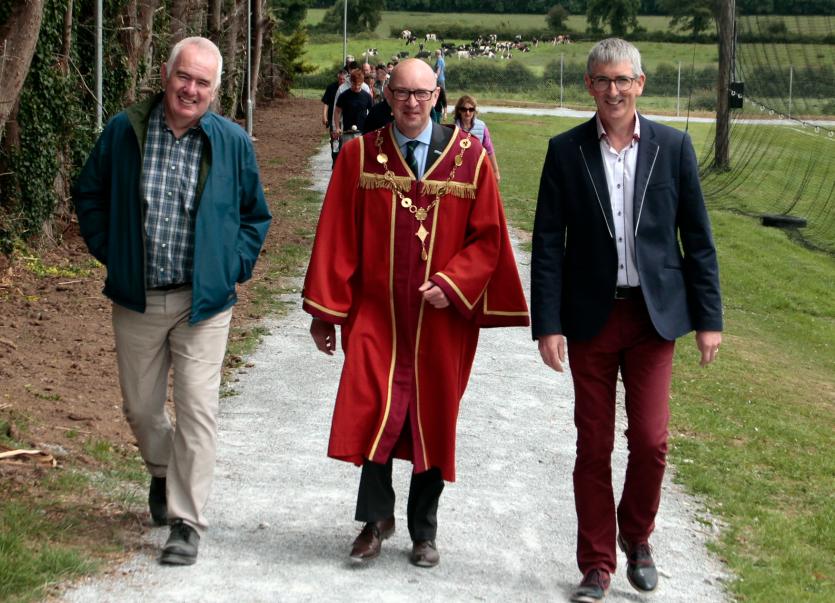 THE Mayor of the City and County of Limerick has officially opened a new community walking track at a County Limerick GAA club.

Also in attendance were Deputy Niall Collins, Minister of State for Skills and Further Education; Deputy Patrick O'Donovan, Minister of State with responsibility for Office of Public Works along with local public representatives.

Speaking at the event, Cllr Collins said he was delighted to attend the official opening of the Community Walking Track which is the first project being delivered as part of both Clubs Facility Development Plan. 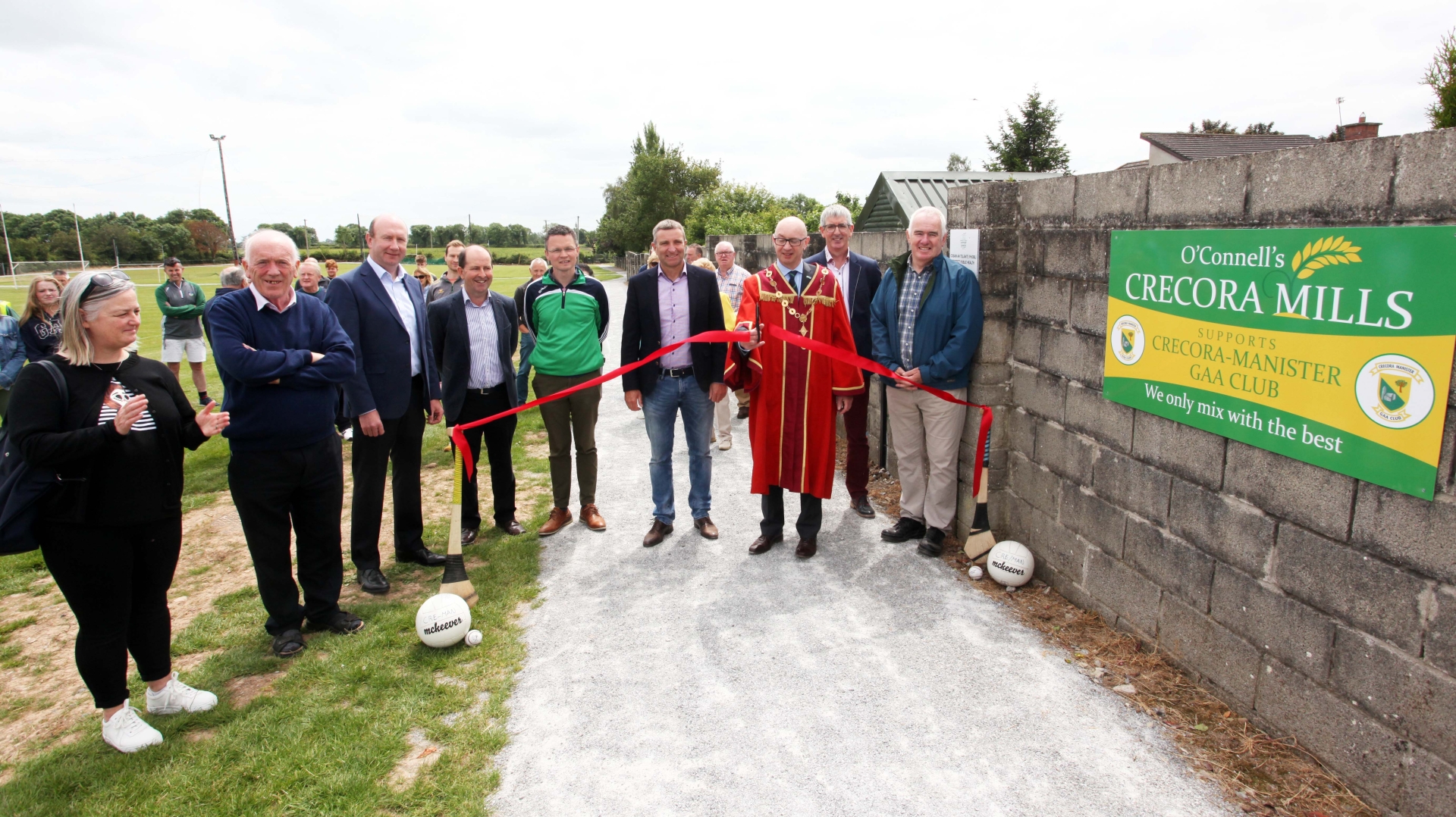 The mayor noted he had launched the plan last October - just before the Government’s decision to move the country to Level 5 lockdown.

The estimated cost of all the proposed works in the Facility Development Plan is over €200,000 and the Mayor said he was delighted to be back to formally open the first project delivered - the floodlit 750 metre Community Walking Track, which cost approximately €65,000.

The track will be available for use by members of the wider community and will be a great resource for all to exercise outdoors, all year round, with the associated health benefits, which is especially important in these current Covid times.

The Mayor congratulated the committees and everyone who was involved in or who supported the delivery of the Walking Track.

Pat Byrnes, GAA Chairperson and Ronan McMahon, Camogie Chairperson welcomed the Mayor, Ministers, Councillors, Club Members, relatives of founding members, and members of the community to the Official Opening and thanked the Mayor for agreeing to officially open the new facility, along with all others for attending.

Both acknowledged the grant support from West Limerick Resources Leader Group; the funding support from elected members of the Adare-Rathkeale Municipal District; the JP McManus Foundation; along with the individual contributions from club members and the wider community which enabled the Walking Track to be completed and which is a facility the clubs are proud of and happy to make available to use by all in the local community. 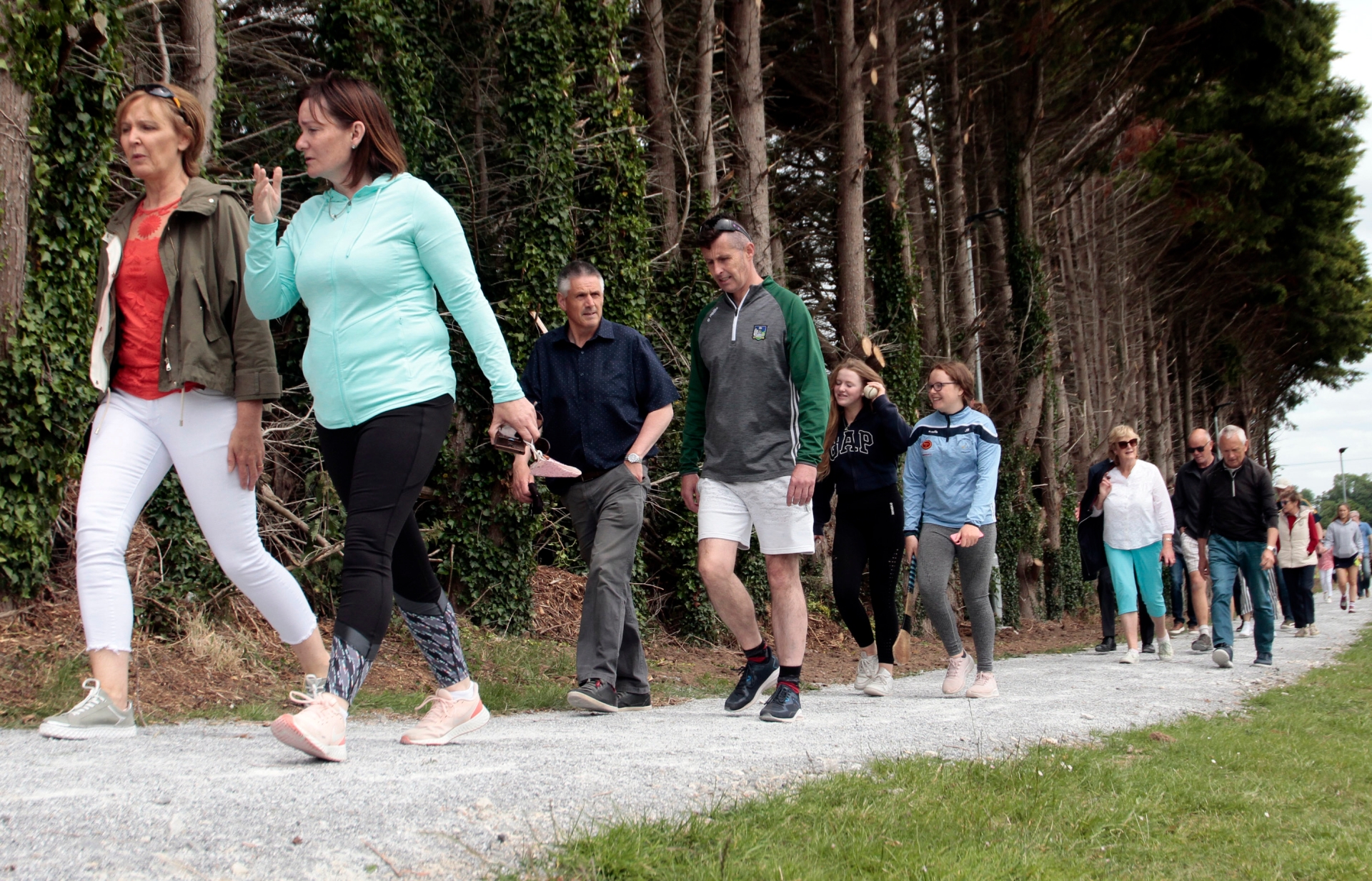 With the Walking Track now completed and available for use by all in the Community, they confirmed that the focus now turns towards the proposed development of a 55m floodlit all-weather sports facility at the hurling wall.

An application for funding under the Sports Capital Application Scheme is pending.