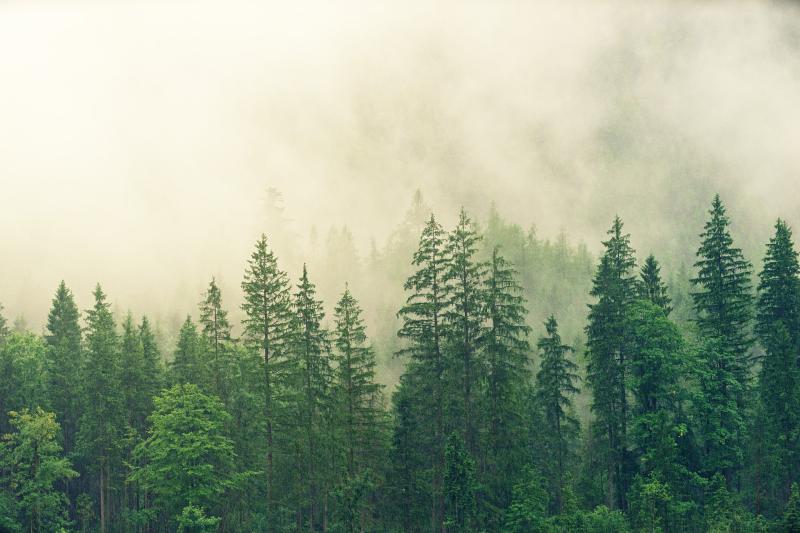 THE small village of Mountcollins, nestled on the Limerick/Kerry border, would be “closed in” by forestry if a plan by Coillte for a 55-acre forest on the edge of the village goes ahead, locals have warned.

Individuals and groups have lodged their concerns with Coillte and have proposed an alternative.

“We are not against Coillte or against development,” said Kevin Flannery, chairman of Mountcollins Development Association and of the local Tidy Towns Committee. “We are against Sitka spruce.”

What we want, Mr Flannery said, is for Coillte to plant native broadleaf trees. “We can work with Coillte to develop it into a local resource,” he said.

The 55-acre farm at Cragg, which was bought by Coillte, lies close to the village on the road from Abbeyfeale and borders the River Feale. According to Mr Flannery, the area was once an oak wood before the trees were cut down and a cillín, or children’s graveyard, is also to be found on the land.

It is, Mr Flannery stressed, an area rich in nature, supporting kestrels, hen harriers, barn-owls and other species.

A woodland planted with native, broadleaf trees would be of huge benefit to the area, environmentally, economically and ecologically, Mr Flannery argued. “You could have a recreation area with walks, develop a river walk, have a picnic area and nature reserve,” he argued. That would benefit the local and wider community and could lead to local jobs.

An online petition against the Coillte plan has attracted scores of names already and local groups opposed to a Sitka spruce forest also include the GAA, the soccer club, the Mountcollins Community Response Group and the Federation of Irish Salmon and Sea Trout Anglers.

Brendan Danaher has lodged an objection on behalf of the Mountcollins and Brosna Anglers, pointing out that the area in question is a Special Area of Conservation and a spawning ground for salmon, brown and sea-trout and lamprey eels and that fresh-water mussels have been found there.

It is also part of the catchment area for the Abbeyfeale water supply, he added and he voiced concern about run-off from a conifer plantation as well as the potential danger posed by the use of cymerithon spray in such plantations. Neither man is convinced that Coillte’s plan for a 15% mix of broadleaf along the river is sufficient.

A Sitka spruce plantation “would have a negative effect on our environment and quality of life”, Mary Lyons stated in her submission on behalf of the Community Response Group. People living close to the proposed plantation would be left isolated from their own community, she argued.

In a statement, Coillte said its forest plans go through “an extensive public consultation process”.

“Coillte is fully committed to the sustainable management of its entire forest estate and manages its forests to deliver multiple benefits, for wood, nature, people and climate,” a spokesman said. “More than 90,000 hectares of Coillte’s forests and lands are managed primarily for nature conservation and to protect wildlife and their habitats. Coillte has an open forest policy and welcome visitors to walk in its forests according to the Leave No Trace Principles.”

Sitka spruce, the spokesman continued, is a fast growing conifer tree that is ideally suited to growing in Irish climatic conditions and helps sustain 12,000 jobs. “Coillte remains committed to engage in dialogue with any groups that wish to discuss forest management practices.”