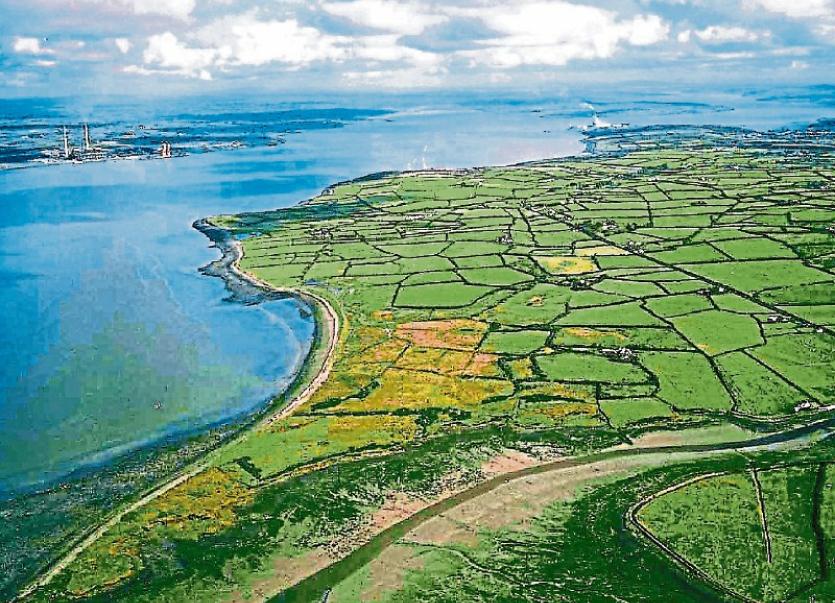 A CHANGE in the planning application for a liquid natural gas plant at Ballylongford land bank has been accepted by An Bord Pleanála, to the dismay of the Friends of the Irish Environment (FIE).

Last November, in a landmark High Court case, the FIE were successful in their bid to have the original 2008 planning permission for the LNG project on the Limerick/Kerry border quashed.

But now, an application dating from 2019 is to be submitted for fast-track planning permission under Strategic Infrastructure rules.

According to Tony Lowes, director of FIE, An Bord Pleanála has accepted a ruling that this application does not constitute an “alteration”, in spite of the fact the plans now allow for “floating rather than land-based operations.”

“The idea that changing the project from onshore tanks to floating units is not an ‘alteration’ beggars belief”, Mr Lowes said, adding: “Tell that to the dolphins.”

The Bord Pleanála inspector, Mr Lowes added, had argued that the only possible cause for confusion is the brief summary of proposal used by the Board on its website and correspondence/records but said that “given no public notices provided and no public participation there is no risk of confusion on this basis.”

“The inspector not only ruled out a new application, but he did so on the basis that there was no public participation”, Mr Lowes pointed out. “That is exactly why we have been arguing for public participation at the earliest opportunity of An Bord Pleanála's consideration of any project.

“The applicant can rest assured that any application at this location for this project will be opposed as we have for the last 14 years,” Mr Lowes said.

Shannon LNG will now have to carry out a new Environmental Impact Statement and a new Natura statement, he added. “We are going to have a chance to go over all the details again.”

However, he expressed disappointment that banning the importation of fracked gas is not included in the Climate Bill currently going through the Oireachtas. Amendments to include such a ban were ruled out of order at the Joint Oireachtas Committee on Climate.

“Everybody would prefer it if it were in the legislation but if it is not, it has to be in some other legislation. How can we ban fracking in Ireland and yet allow fracked gas to be imported?” Mr Lowes asked. “We have to be consistent.”

His organisation, FIE, had met with the company owners, New Fortress. ”They were saying a planning permission couldn’t specify what kind of gas would be used,” he said.

But he stressed, FIE was opposed to a natural gas terminal, full stop. “We feel all these investments in fossil fuels is money we desperately need to roll out solar power and wind power.”

Green Party TD Brian Leddin who chairs the Climate Committee, said that the Climate Bill was “a huge piece of legislation” and had been given the highest priority by his party during coalition negotiations. The bill was about reducing emissions by over 50%  by 2030 and sets out the mechanisms by which this can be done. “It is not about fracking,” he said. “That is a different thing which will be dealt with separately.”

The fracking amendments had been ruled as “outside the scope” of the Bill by the Bills Office and had to be ruled out under standing orders, he explained.

A policy statement last month had put a moratorium on the development of LNG infrastructure, pending an energy security review, he said. The Limerick City TD added: “The ideal situation is we ramp up clean energy infrastructure so we don’t need fossil fuel infrastructure at all.”