‘Shaped by Limerick’: New exhibition puts locals in the picture 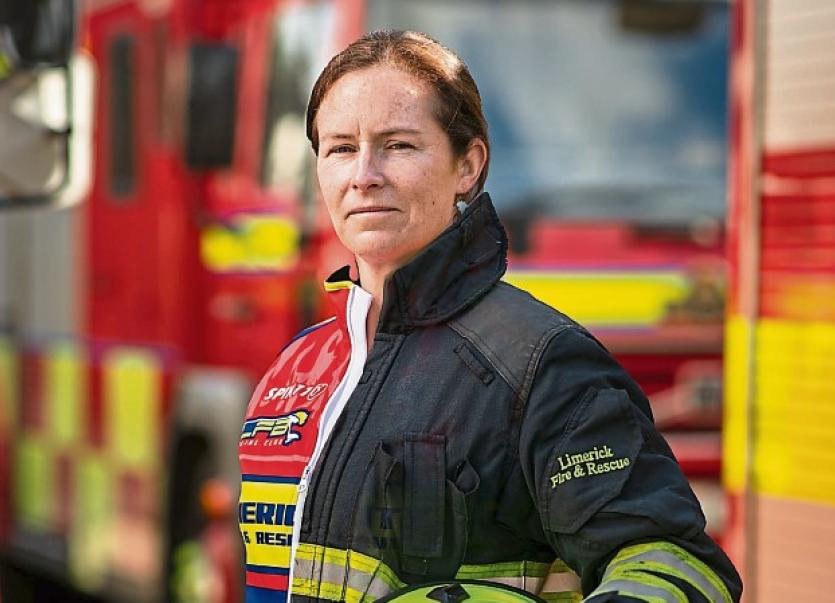 Firefighter Rachel Lynch is one of 10 local personalities featured in the new Shaped by Limerick exhibition | PICTURE: SEAN CURTIN/TRUEMEDIA

A CANDID series of 10 portraits of people shaped by Limerick are set to be erected around what will be an iconic project for the city centre.

At the hoardings covering construction work on the €200m Project Opera site, a new outdoor photography exhibition is taking place.

Codenamed Shaped by Limerick, it came to life thanks to the vision of photographer Sean Curtin and creative director Farouk Alao.

The local authority has teamed up with Limerick Twenty Thirty, which is providing the space on hoardings at Patrick Street and Rutland Street.

Each portrait is accompanied by a smartphone code which will direct people to a dedicated web site where more can be read about the subjects of the exhibition.

Mayor Michael Collins said: “Everyone has a different story, but they are all connected through the spirit or force that is Limerick. Limerick is made up of so many different and separate strands. Here we are celebrating those who’ve been shaped by Limerick as we look to the future of Limerick with work ongoing behind the exhibition in the Opera site.”

The exhibition will remain on display until the end of August, which coincides with the re-opening of the city and the fact that people will be out and about enjoying the summer in Limerick.

“The project celebrates individuals who, just like Limerick, have more to them than meets the eye. Some of the people featured champion Limerick’s sporting and creative edge, while others, through their professions and personal pastimes embody what it means to embrace – to nurture, support and care for,” explained Farouk Alao, creative director of the exhibition.