Multiple objections against  ‘acquisition’ of ghost estate in Limerick town 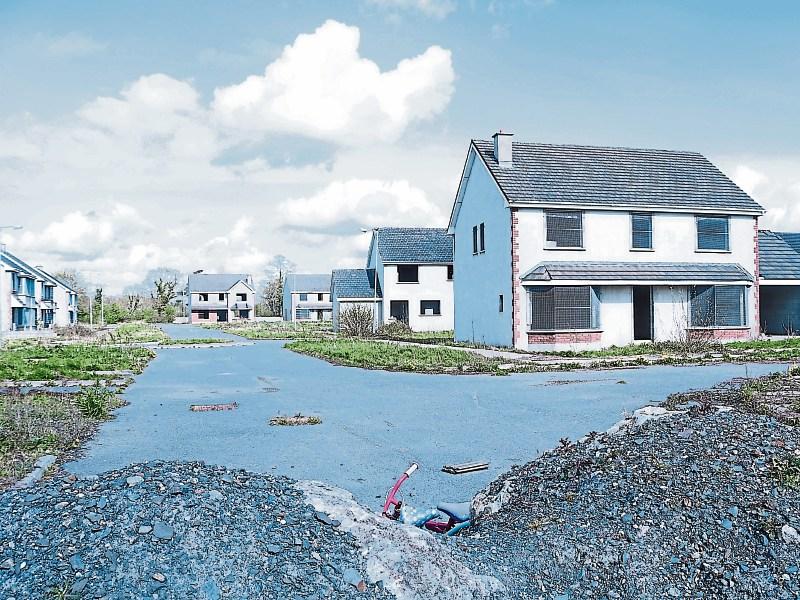 DECISIONS regarding appeals against the proposed compulsory acquisition of 33 houses in an unfinished estate in Rathkeale are not expected until after Easter at the earliest, councillors have been told.

Limerick City and County Council began the process to CPO the vacant houses at Ballywilliam Close on the outskirts of the town last October but 33 individual objections were received just before Christmas.

Each of the cases have been referred to An Bord Pleanála for consideration. “There is no date for decision of these cases available at present from An Bord Plealála. Based on the timelines for the decision of previous appeals, Limerick City and County Council could expect a decision in Q2 of 2021,” stated a written report circulated to councillors.

While councillors welcomed the progress being made to address what is regarded as a major eyesore in Rathkeale, Cllr Stephen Keary queried what will happen if the decision is “unfavourable” in some or all of the cases.

At a virtual meeting, director of service Caroline Curley said: “If An Bord Bord Pleanála decides that we can compulsory acquire then we will move ahead to compulsory acquire,” she said adding that there will be challenges and significant costs in such a scenario.

“The other alternative is that they say no to us which means we will be back to the drawing board to see where we can go with it,” she added.

After noting that work on the estate first began nearly 15 years ago, Cllr Keary said significant work will be required – even if the CPOs are approved.

“Even to go in there with the best will and the best builders in the World, it’s not going to be possible to get that estate up to standard – particularly given the utilities that are laid there,” he said suggesting it may be cheaper to turn it into a greenfield site or demolish all of the houses and start again from scratch.

“I do believe that we should take the bull by the horns sooner rather than later. As soon as the result of the appeal is available we need to make some serious decision,” he told the meeting.

Cllr Kevin Sheahan agreed saying the local authority needs to show that it is willing to “take on” the owners of the houses.

“However slow the legal process may be we should stick with it and demonstrate that we are representing the best interests of the people who elected us,” he said.

Cllr Adam Teskey said he believes a “very dangerous precedent” will be set of An Bord Pleanála rules against the council and upholds the appeals.