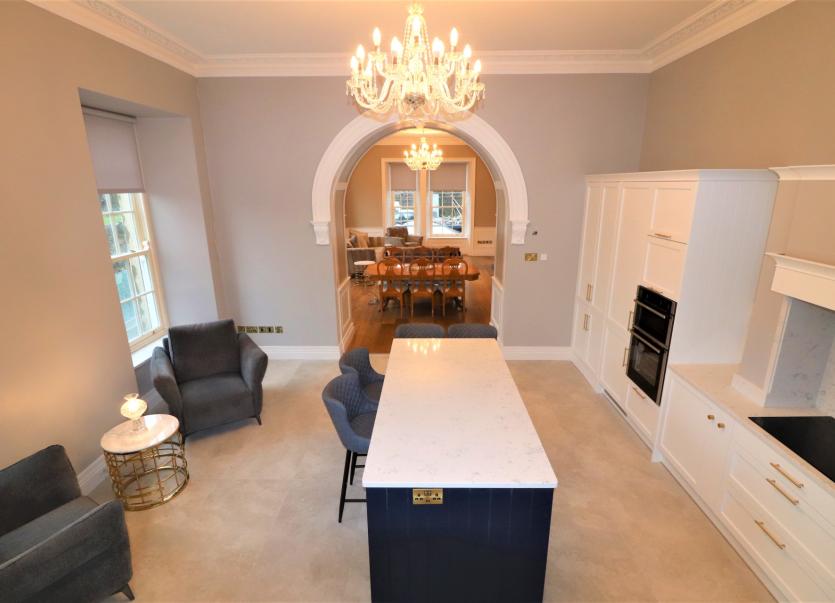 THERE isn’t much that Lisa Kearney hasn’t seen in her auctioneering career but Shelbourne House Distinctive Apartments have broken the mould.

Firstly, the director at Rooney's says she has “never seen anything like the four suites come to the market in Limerick”.

Secondly, the transformation of the Georgian property has been a labour of love for the current owners so she will struggle to get them to agree to sell them!

Shelbourne House is hidden away on the North Circular Road – so much so that some long term local residents – didn’t even know it was there.

“It is absolutely out of this world. The apartments are better than a five star hotel. Genuinely, I’ve never seen anything like this - Downton Abbey eat your heart out,” said Ms Kearney.

Built in 1836, it was the home of Sir William Petty-FitzMaurice, Second Earl of Shelbourne - hence the name - and Marquis of Lansdowne. It was inhabited by the Russell family in the 1880s, who built the Flax Mill on North Circular Road, later taken over by the Cleeve family who extended the mill into what became the Golden Vale complex. The brick-making McNamara family inhabited the house at the turn of the twentieth century. 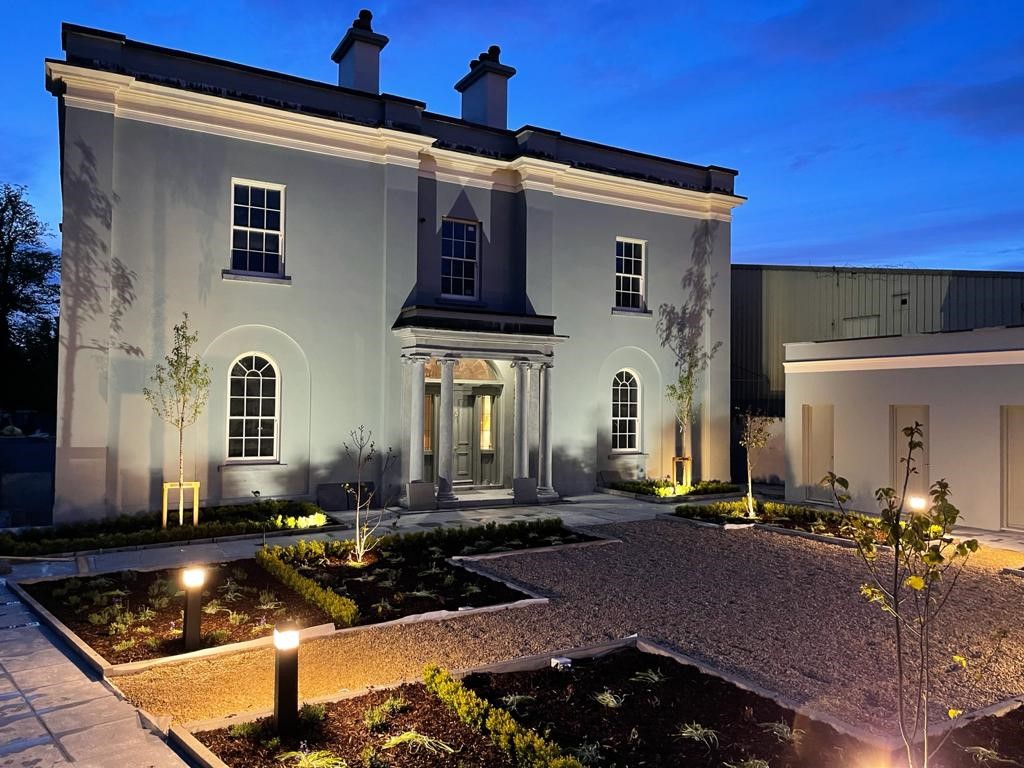 However, when the current owners purchased it for around €1m in 2007 the roof was in the basement and it was home to every stray cat in Limerick.

Now it is unrecognisable as it has been tenderly restored to marry modern convenience with Georgian splendour. €3m has been invested in Shelbourne House Distinctive Apartments, located adjacent to Ardscoil Rís. One of the current owners' father worked in the school and he is from the North Circular Road.

The four luxury apartments have been named - The Wellesley; The Lansdowne; The Barrington and The Rookery - in keeping with the history of Limerick and Shelbourne House. A fifth has already been sold.

Each one is “bespoke” to differentiate it from the others and can come fully furnished if desired. The building’s history has been celebrated but with a nod to the future. For example, alcoves have been kept but extra sockets have been placed beside them so they are perfect for working from home offices. One gigabyte broadband is available throughout. Fire sensors, alarms, exit signs etc are all subtly disguised.

Old style high cisterns are a quirky addition like the toilets first installed in 1906. A pantry in one of the apartments is so big that you could charge €1,000 a month for it in Dublin! 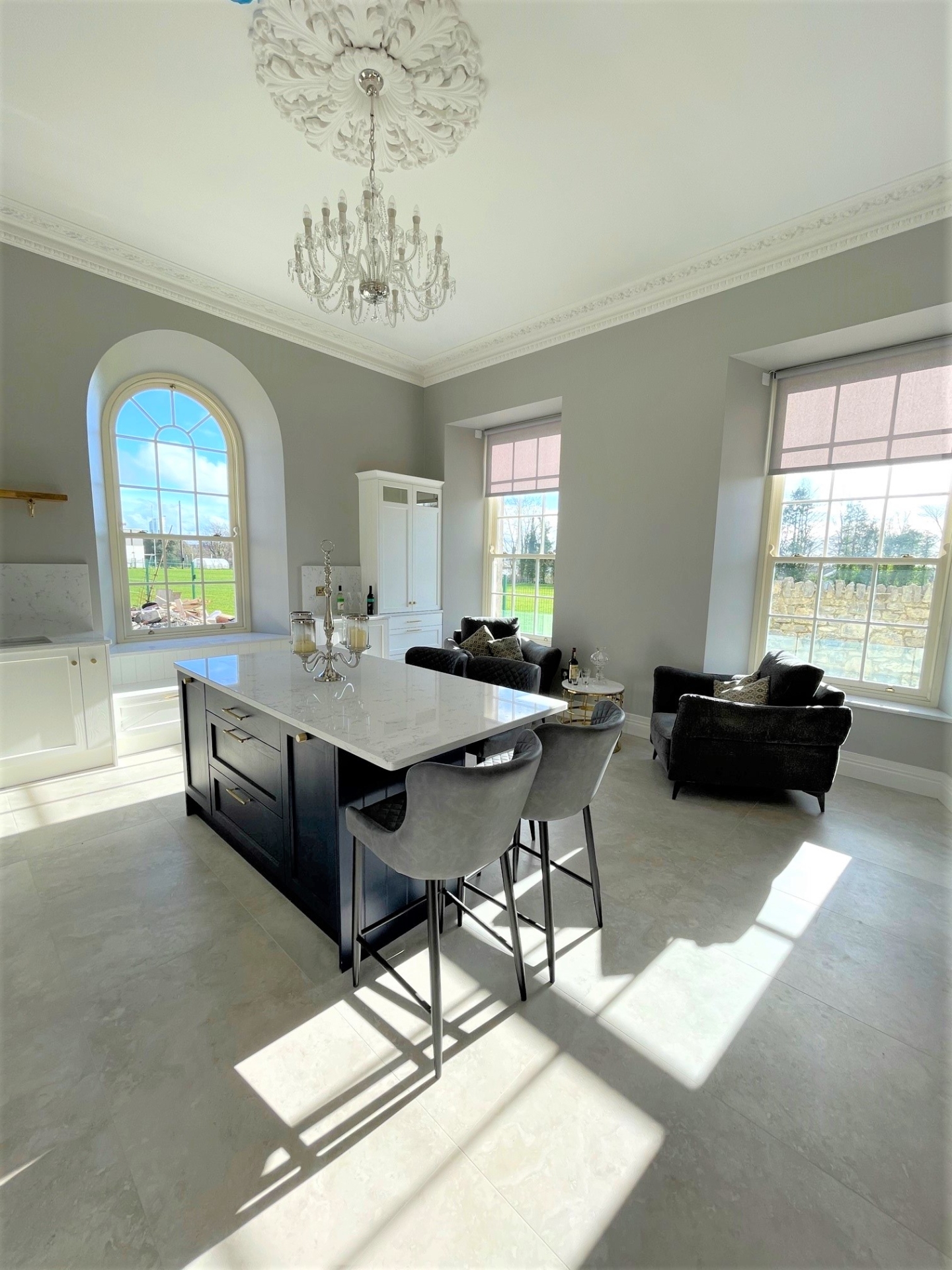 Considerable thought has gone into everything from the light switches to the automated blinds (so there are no strings hanging by the Georgian windows) to the lock up storage units designed to look like stables to the brass door handles. The list goes on.

Despite it not being advertised, Ms Kearney says she had a list of 32 people waiting to view ahead of the launch date.

“There is interest from the North Circular Road, Dublin, Dubai. Each one will have a private viewing," she said.

Ms Kearney continued: “I haven’t even mentioned the outside. There is a beautiful courtyard and the views are of a canopy of trees. All you can see is green. You wouldn’t think you’re in the heart of the city. You think you’re out in a Georgian house in the countryside.” 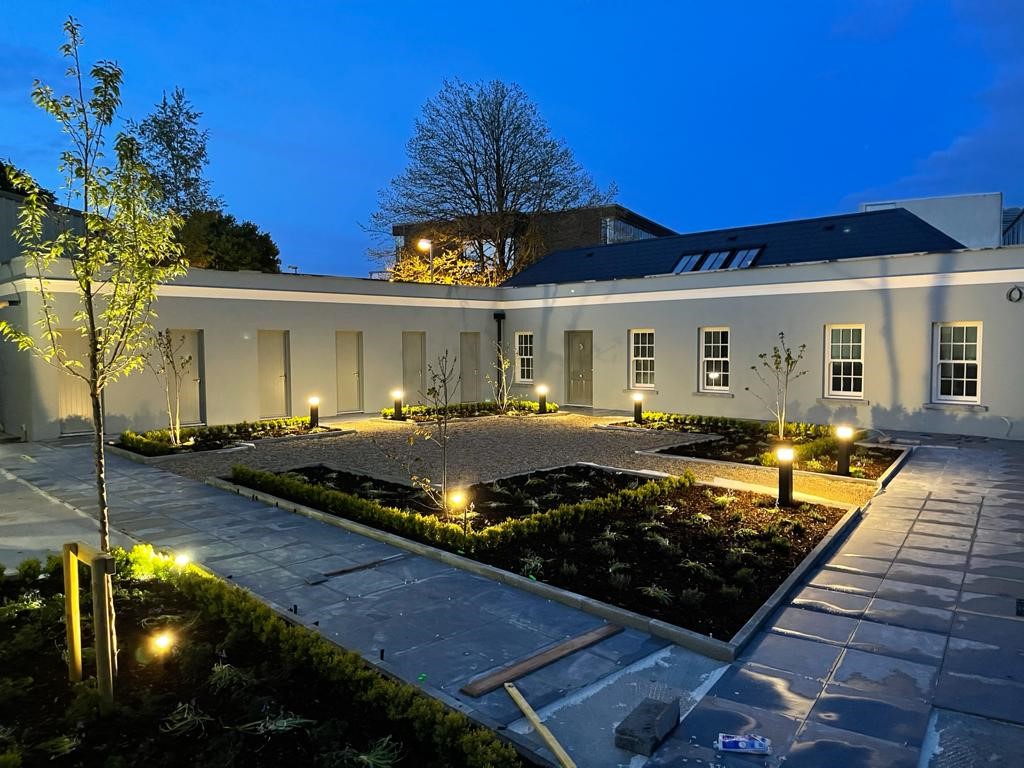 Her only problem will be convincing the owners to sell the apartments as they have “fallen in love with Shelbourne House” which they have restored from the ground up.