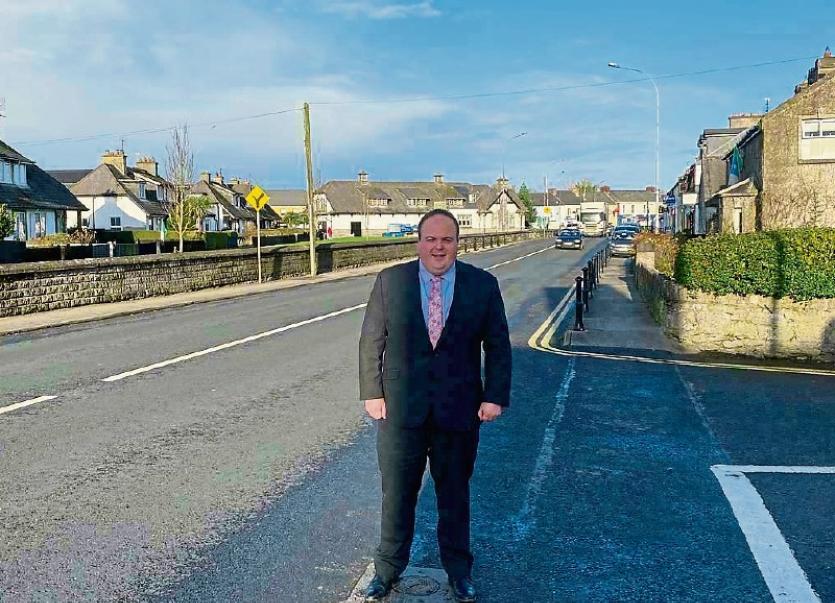 SIGNIFICANT issues with the condition and safety of footpaths in Adare village have been identified and urgent action is needed, councillors have been told.

In response to complaints, expressed at a meeting of the Adare/Rathkeale Municipal District, Senior Executive Engineer Gerard O’Connor said he is aware of the problem.

“There is a significant issue with all of the footpaths in Adare,” he said.

The meeting was told a number of projects, such as the building of a new footpath from the village to Murphy’s Cross cannot be progressed due to a lack of funding from Transport Infrastructure Ireland while the upcoming public realm plan has impacted routine maintenance works.

He added that he believes works to repair other paths in the village cannot be dependant on the public realm project.

He said he has specifically requested that the condition of footpaths in Adare be bought up at the council’s next quarterly meeting with TII.

“The paving flags, throughout the entire village are in a very very bad state and we can’t wait for any future public realm plan and it needs to be addressed now. We have no problem doing it – the problem is accessing the funding to do it,” he said.

Councillors were supportive of Mr O’Connor and his efforts to progress matters.

“There is an open awareness of the poor condition of the footpaths in Adare village, they have become extremely uneven and they have all gone lob-sided and there are people tripping and as far as I am concerned there are quite a few insurance claims coming in,” commented Cllr Adam Teskey.

Cllr Bridie Collins, who lives in Adare, agreed that there are significant problems that need to be addressed.

“The state of the footpaths in the village is quite deplorable. It’s very difficult to see how we can wait for a public realm plan to get those sorted.  I walk on those footpaths every day of the week and they need to be done straight away,” she said.