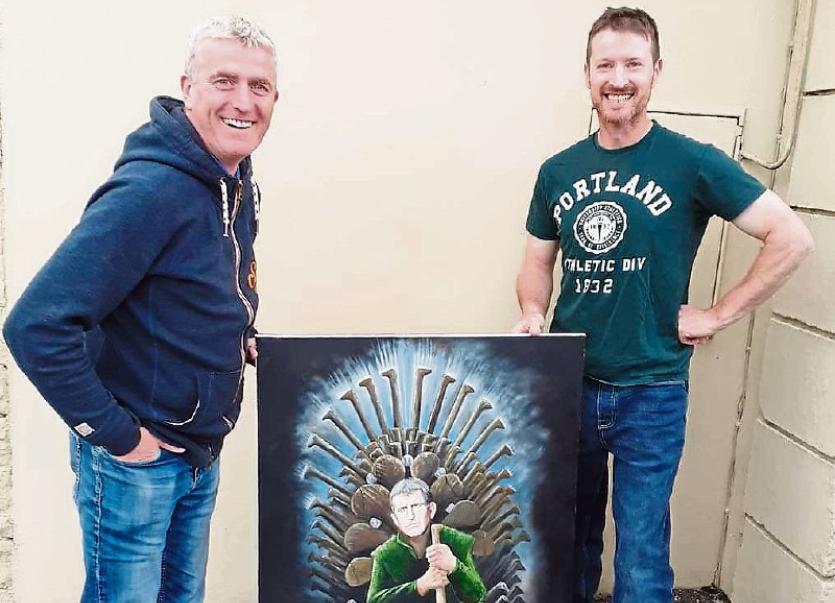 GEORGE R. R. Martin, whose books inspired Game of Thrones, could learn a thing or two from John Kiely after his team crushed opponents last year on their way to claiming the All-Ireland hurling crown.

A unique oil painting depicting John in the Game of Thrones is being auctioned off to raise money for Pieta House. John has even signed the piece by Kevin Morrissey, a part-time artist from Ballylanders.

“He was sound out. He said he had never seen Game of Thrones but he thought the painting was brilliant. He actually looked up Game of Thrones afterwards to see what I was up to!” said Kevin.

The Iron Throne is crafted from all of Aegon the Conqueror's defeated enemies' swords but in Kevin's masterpiece the seat of power is made of hurleys. Kevin spent three months perfecting the painting after Limerick’s first All-Ireland win under John's stewardship.

In conjunction with Darkness into Light for Pieta House last  Saturday, Kevin is bidding farewell to his handiwork.

Like so many of us, Kevin's life has been touched by suicide and he wants to raise funds for Pieta House. Half the proceeds from the auction will go to the charity.