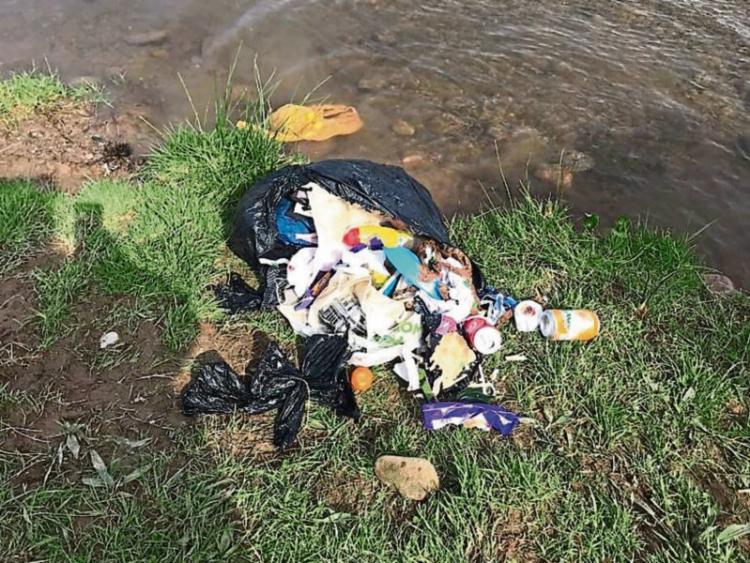 LITTER louts are packaging their household rubbish in bin bags small enough to throw them out the window of their cars without even stopping, said a county councillor.

“It really is anti-social behaviour that we need to work on to try and change that behaviour, to change people's thinking on that type of behaviour. We do really need to see how we can stamp out this behaviour,” he continued.

Cllr Ryan sent the photos featured, to the Leader, of dumping on: the R505 which links the N24 to Cappamore and onto Doon; a local swimming spot on the Blackboy river; and the Killuragh Road. But there are hundreds if not thousands of examples he and fellow councillors could give.

Over Easter, mattresses, furniture and cushions were dumped in Abington, Murroe said Cathaoirleach John Egan. Some were actually left on the road causing a hazard to motorists.

Cllr Ryan put down a motion calling on the council in conjunction with law enforcement to develop a pilot project to investigate and detect the prolific dumping of rubbish on the R505 and in turn, once established, roll the programme out for the whole of the city and county.

In response, the council said it has a dedicated environmental inspector for the area who patrols the R505 on a regular basis and responds to all incidents of illegal dumping

“Our enforcement efforts are also targeted at the vehicles and sites used by those who engage in this activity,” reads the council’s response.

Cllr Ryan said the response was “poor and very weak”.

“Take the R505 as an example - to say that they are patrolling the R505 is making a farce out of the condition of the road. Everyone in the locality can confirm the condition and the way the road is being treated. I don't accept that response as being adequate. I do think there is a lot more work to be done in detection,” said Cllr Ryan, who stressed he wasn’t “having a go” at council staff who have done litter picks on the R505.

“The local team are doing their work, trying hard to keep the road in the best condition they can. It has to be looked at in a bigger scale,” said Cllr Ryan.

“The road from the Cross of Grange up to Cappamore is an absolute disgrace. If you travel it on a Monday morning and Tuesday morning there is fresh dumping  every week. I feel the council have to put more effort into that road,” said Cllr Egan.

Cllr Eddie Ryan said there was a similar situation in Effin.

“The environment section put up a camera. It was quite specific on a stretch of road and they were successful in catching the people. This could be nipped in the bud with the right help,” said Cllr Eddie Ryan.

Cllr Mike Donegan said he thinks there is a GDPR issue regarding CCTV cameras to catch dumpers. He and Cllr Brigid Teefy praised the work that Tidy Towns groups and volunteers do in picking up rubbish.