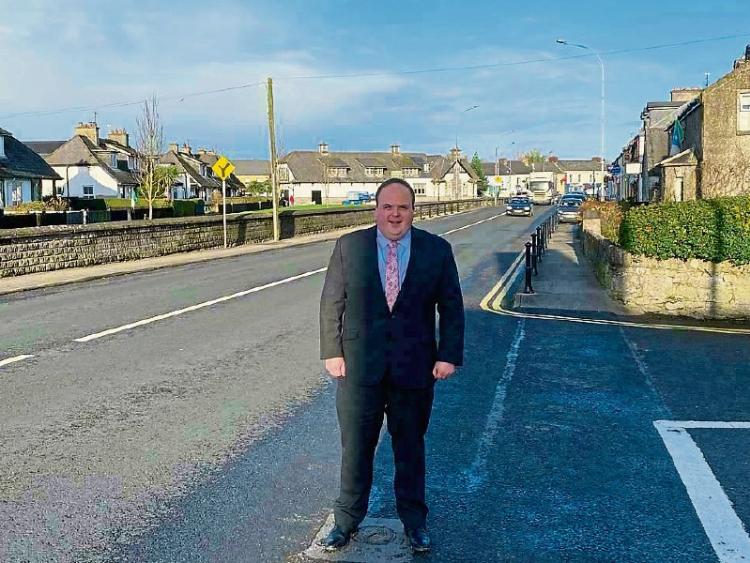 TRANSPORT Infrastructure Ireland (TII) has been strongly criticised over its decision not to sanction the upgrade of a dangerous and sub-standard footpath in Adare.

Calls have been made for several years to install a permanent footpath from the village as far of Murphy’s Cross on the Croagh side.

Safety concerns were expressed late last year and representations were made to TII on behalf of councillors.

Briefing members at their April meeting, district engineer Gerard O’Donnell confirmed the works have not been sanctioned.

“It was referred to TII, they have reverted back and said that it’s not feasible until the bypass is in place and when they go to do the permanent works on the carriageway,” he said adding that issues with drainage and levels had been cited.

“Any footpath that would go in there would have to be taken out again when the permanent works are being done,” said Mr O’Connor who advised members that funding is being sought to carry out temporary works on one particularly bad section of the footpath

Speaking at the virtual meeting, Cllr Adam Teskey, cathaoirleach of the Adare/Rathkeale Municipal District described the reply from TII as appalling and a real “fob-me-off answer” which is not acceptable.

“I am constantly receiving representations in relation to it and it’s appalling that a State body like TII would come back and say it’s not feasible,” he said.

“It’s an accident waiting to happen, There is going to be a fatality there and it’s going to be too late when TII finally step up to the plate,” he added.

Cllr Teskey said sections of the footpath are in “a most desperate state” and he asked the council examines the possibility of funding the upgrade works through its own resources.

“I certainly cannot stand over that we have infrastructure like this in one of our major villages and it is certainly not adequate and it’s not fit for purpose and therefore something has to be done,” he said.

Cllr Stephen Keary said the works were approved a number of years ago and that he cannot understand why they can’t proceed.

“It’s unwalkable when you get heavy rains, we have got to make an effort and do that section,” he said.