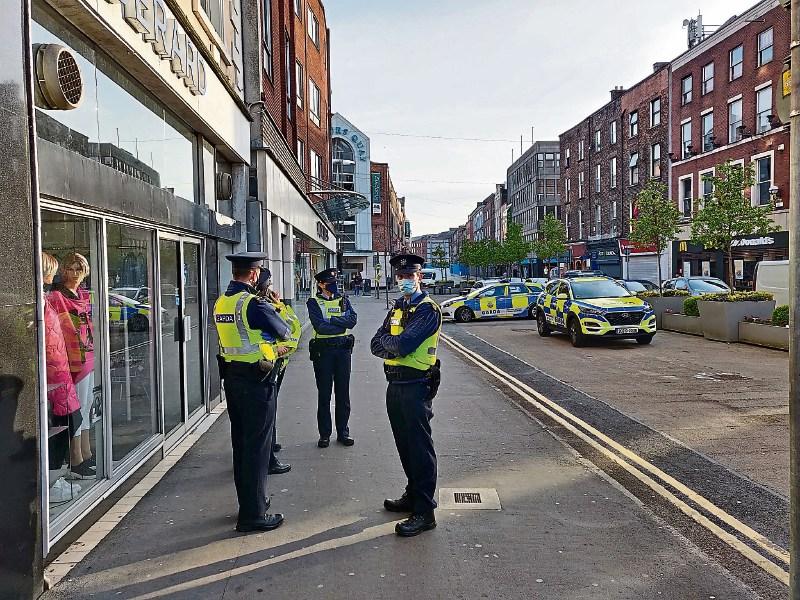 GARDAI intervened following a demonstration outside the former Debenhams store in O’Connell Street this morning.

According to a garda spokesperson, at around 8am, a number of protesters blocked the entrance door to the site, preventing personnel from entering the building.

It’s understood these personnel were appointed by the store’s Irish liquidators KPMG to remove outstanding stock.

“Gardai engaged with the protesters who all complied,” the spokesperson added.

For the last year, former Debenhams retail workers have staged round-the-clock pickets outside the stores in Limerick and around the country.

They feel by restricting access to the building, they are playing their final bargaining chip in their bid to get what they feel is a fair redundancy settlement.

Last Friday, they marked the milestone of one year since the store closed, in a move which cost 110 jobs in Limerick.

Then, the British Debenhams parent company – itself now in administration – pulled support for its Irish stores.