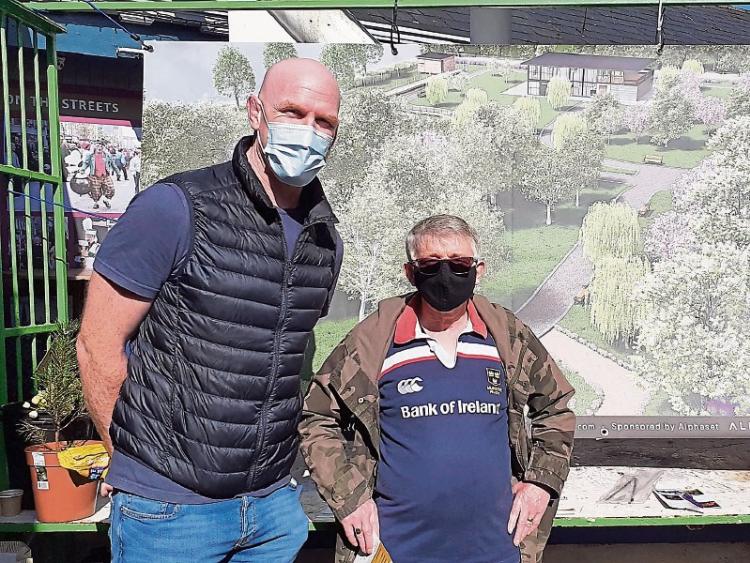 CAMPAIGNERS behind a proposal to build an eco-park in Thomondgate have told Munster rugby legend Paul O’Connell of their plans.

A riverside field off the New Road in the area has been earmarked for 63 housing units as part of a €400m regeneration which will also see a hospital in Moyross.

But locals instead feel that the area is better served by an open space – and have pointed to out-of-use homes elsewhere in the community which could be transformed for living spaces.

They have been in the Milk Market across recent weekends to try and drum up support for their plan, and last weekend, met the former Irish captain.

Pat Murphy, who lives in the New Road, said: “I gave Paul a short explanation of what it is about. To try and educate the youngsters about nature. He seemed interested. I’d have loved to have more time to tell him more. I gave him some of our booklets. I’d have assumed he’d have had a little bit of interest in it.”