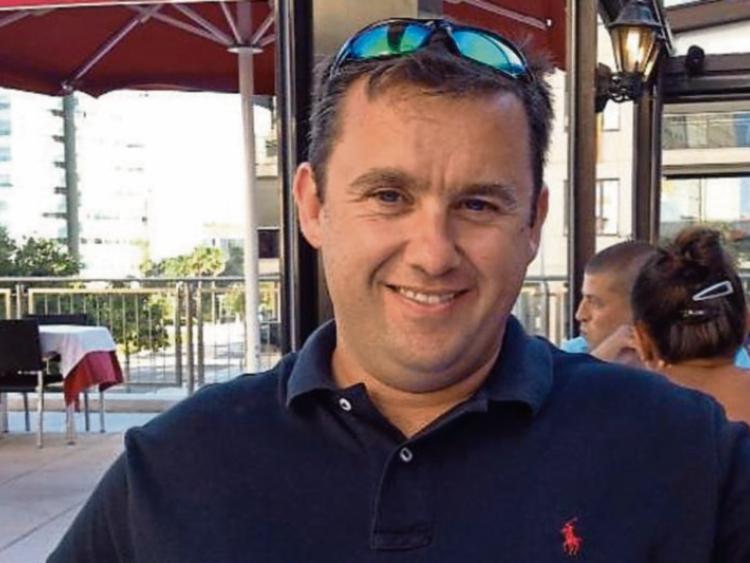 The family of Limerick man Jason Corbett have "welcomed today's decision by Garry Frank, the District Attorney for Davidson County, to seek a retrial of Tom and Molly Martens for the murder"

In a statement, in full below, the family admit that they are looking "forward to a date being set for a retrial at the earliest opportunity" - The family also confirmed that Jack and Sarah are both willing to give evidence at the retrial and that both "Spent two days being interviewed by detectives in North Carolina last week"

The statement comes following the decision to release the Martens on bail, made earlier this evening (2pm North Carolina time) Click here for more

“We welcome today’s decision by Garry Frank, the District Attorney for Davidson County, to seek a retrial of Tom and Molly Martens for the murder of Jason Corbett, a loving, kind, father of two who was beaten to death in his own home.

We look forward to a date being set for a retrial at the earliest opportunity.

Former FBI agent, Tom Martens, and his daughter, Molly, admitted killing Jason on August 2 2015. They beat him with a baseball bat and a paving brick, hitting him in the head at least 12 times, crushing his skull. Experienced detectives found the crime scene wholly inconsistent with the self-defence justification provided by both Tom and Molly Martens. Ambulance crews noted that Jason’s body was cold to the touch when they arrived, leaving detectives to conclude that Jason had been left to die before the 911 call was even made. Detectives could not find a single mark, bruise or scratch on either Tom or Molly Martens, despite their claims of a prolonged struggle with Jason.

There is a weight of forensic evidence showing Jason was beaten to death while on the ground. Autopsy findings show that traces of sedatives - prescribed to Molly two days before Jason’s killing - were in Jason’s bloodstream. Molly Martens also has a long history of mental illness and has publicly admitted fabricating dangerous lies.

Jason's death was caused by unimaginable, horrific and heinous violence. The depravity of others on that night changed so many lives forever.

We strive to live in a society with morals, values and kindness. We cannot allow for executions in our homes. We have to stand together against those who think they are above the law, those who can cruelly inflict injury in the most heinous, barbaric way, enough to cause death ten times over. The Martens have shown no remorse, just utter contempt for their victim, his children and his grieving family.

For almost six years now, Jason’s orphaned children have had to listen to the Martens spewing self-serving lies on social media about their father. When the children were aged ten and eight, they were brought on the afternoon of the funeral service for their father to interviews with a social worker. They were coached and intimidated by Molly Martens into making false statements about their father in those interviews. Once they were safely home in Ireland and out of the evil clutches of Molly Martens, the children recanted those statements. Even when the Supreme Court of North Carolina ruled by four to three majority that the jury should have heard those statements and that this was grounds for granting the Martens a retrial, our family retained its faith in the North Carolina justice system. The children are prepared to give evidence in a retrial and spent two days being interviewed by detectives in North Carolina last week.

We are grateful to the people of North Carolina who have been a tremendous support to our family since Jason’s killing in 2015 and shared our public concerns about the prospect of the Martens being offered a plea deal to manslaughter instead of facing a retrial. Today, Jason’s children have been given the chance to give evidence in a retrial, and they look forward to telling a jury the truth about the abuse they and Jason suffered at the hands of Molly Martens.

We appreciate that the District Attorney has other murders to prosecute and that delays caused by Covid-19 have added pressure on his office, but our faith in the administration of justice in North Carolina, has been renewed today. The District Attorney’s determination to seek a retrial in this case ensures that our six-year fight for justice for Jason continues.  The District Attorney has shown today that Jason’s life is of equal importance to all others, even those of the well-connected and wealthy defendants who admitted killing him.

A lifetime won't erase the images of the torture Jason endured. A lifetime will not erase the physical and emotional scars left on Jason's children, Jack and Sarah.  We face a lifetime of loss, but our only solace comes in knowing that justice will be served, and a jury will get to hear the truth of Jason's heart and the lies of his heartless killers.