Limerick council becomes the ninth to call for meat regulator 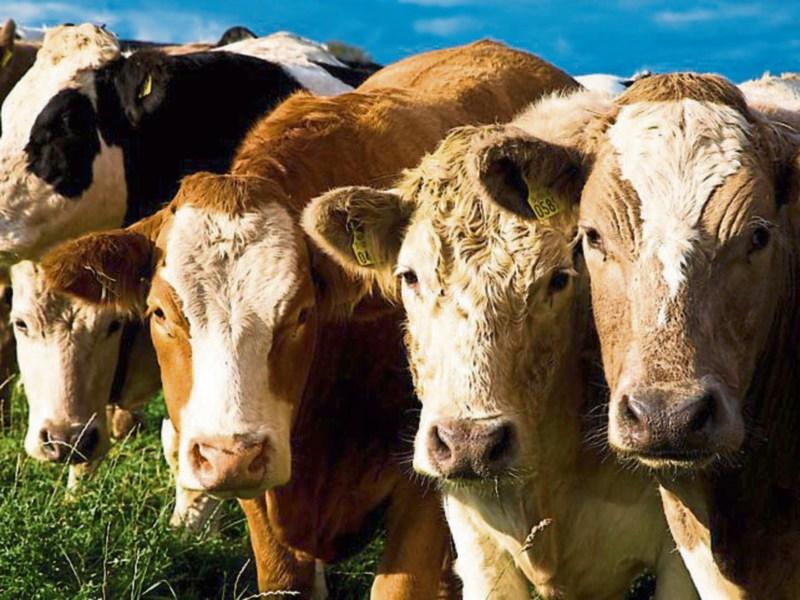 ‘People are feeding cattle for nothing’ – Cllr John Sheahan

CALLS have been made at a Limerick council meeting for an independent meat regulator amid claims farmers are being squeezed by low prices from factories.

Its purpose, he said, would be to “police and regulate”  the meat industry, and “give clarity and proper vision for Irish farming and beef farming and suckler farming.

“Factories have access to all the cattle in the country and their ages. So, for example, if there are 5,000 cattle coming over 30 months of age at the beginning of next week they know the majority of that volume of cattle are going to be killed.

“Therefore, the factories are in a position to lower the prices. Factories should not have that information at their disposal. The only people that should have access to that data in my opinion are the Department of Agriculture. Irish farmers are being highly blackguarded,” Cllr Galvin told the meeting, which was held virtually.

Eight other local authorities across Ireland have passed similar motions, he pointed out, and Limerick became the ninth.

“It's absolutely scandalous what the factories are doing to farmers at the moment. They are at their total whim and call. They can drop the price whenever they feel like it. They know from the records which cattle are coming on stream. They just happen to know the right day, the right month, or the right couple of months, and people are feeding cattle for nothing. It's a bit like the turkey industry in the past where people made deal for certain weights and they were held to ransom if they were over it.”

“There needs to be a team of people supporting farmers, beef producers to stop these price reductions happening overnight when factory owners want it.”

Cllr Eddie Ryan added: “The future of agriculture in this country is hanging by a thread. Some farmers are borderline not able to put food on their table. It's a very serious and timely issue. Agriculture is desperate, it's crying out for help.”

Many of the urban based councillors also spoke in favour of the motion. One of them, northside member Kieran O'Hanlon said:

“I'm not as well qualified as the county councillors there but it’s grossly unfair. We support workers and trade unions. If farmers are getting a blackguarding, that's wrong. They are entitled to get paid for what they do and treated with respect by the people who own these factories and derive massive profits out of them.”

Mayor Michael Collins endorsed the motion, and Cllr Galvin pointed out that while in opposition, Minister McConalogue sought a meat regulator.