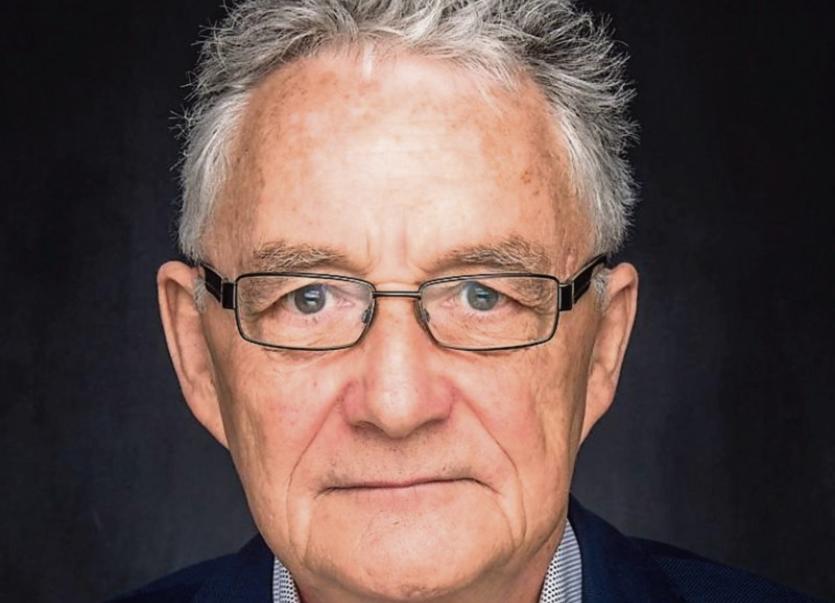 He has had an interesting and varied career path to this position. He went to University College Dublin. His first choice subject would have been music but his parents persuaded him to study law. A short time into that course he landed a record deal.

Carl played gigs in folk clubs and the Director of EMI Ireland came across what he considered to be the voice he was looking for – a project to take an unknown artist to send into the stratosphere of stardom.

EMI offered him a three-year / three-album contract. His first album, ‘New Day’ comprised ten original songs under a new name given to him by the record company – Jamie Stone. It was a writing collaboration with his brother Michael, the next two albums with a variety of collaborators.

In 1974 the New Day swept up awards, including ‘Artist of the Year’ at RMI – the equivalent of the Choice Music Awards. So Corcoran was on an upward trajectory and two albums followed. The third album (1978) was released across Europe and showcased at Cannes, where he gigged. All was going swimmingly up to January 1978.

The record company had sent him on an exploratory mission to Los Angeles to see if he could have an American release. That mission did not prove to be successful and by August that year he was dropped. “That’s the way it goes in the music industry” says Carl, philosophically.

Corcoran is honest about that experience and admits that he was damaged by it, but it strengthened him and he found the resilience to overcome the disappointment. His ability to reflect on experiences, both positive and negative and to process them into learning encounters is at the core of this man’s character.

However, having tasted America and seen the potential opportunities he went to New York in October 1978, pursuing the craft/art of song writing, knocking on doors, submitting tapes, doing showcases in Manhattan. He was stonewalled, which he says, “Was par for the course.” This was a sharp learning curve for Corcoran and the reality of having to make a living became clear “In order to avoid starvation” Carl adds pragmatically.

Corcoran became heavily immersed in broadcasting in New York. He found this to be a particularly satisfying medium as it fulfilled a lot of what he, as a performer, wanted to achieve, “There was a buzz when that red light went on which was almost like going in front of a live audience” Carl explains.

He lived sixty miles north of New York and needed to get broadcasting experience, so he knocked on doors and he was offered a programme called ‘A Drop of the Irish’ on a Saturday evening slot. He capitalised on his connections with people in Ireland – Bill Whelan, Michael Flatley – that meant something to the Irish-American community. After a year he was offered a programme that was to showcase Irish music from the 1950s to current (1995).

Corcoran learned the trade in his six year experience in NY radio and it was a good calling card for interviews on his return home as the local radio station was an affiliate of American Broadcasting Company (ABC).

Carl acknowledges that when he moved to Lyric classical music was a genre he didn’t know much about. He grew to love it but initially he felt very much out of his depth. In Lyric he was in the company of people who had immense knowledge of particular genres of classical music,

“But I had great colleagues and being a musician helped” says Carl. He started on a weekend slot and the powers that be felt he was worth retaining. Music lovers are immensely grateful for that as he presented / curated the fabulous ‘The Blue of the Night.’

He had submitted his CV to RTE and in 1999 he got a phone call telling him that his name had come up for a position as a weekend presenter with Lyric on a programme called ‘The Third Wave.’ Asked if he was interested he said, “Absolutely, when would I start?” The answer – “This weekend!”

Whoever they had chosen for the position decided not to honour the commitment so they offered it to the next person on the shortlist – Carl.

Lyric opened with the eclectic ‘Third Wave’ programme on May 1st 1999. As Corcoran came from the DJ world of NY radio he had to adjust to less talk and more music. He immersed himself in performers and composers and admits to making some ‘clangers’ in pronouncing their names!

The Blue of the Night

Carl and his wife had three children and wanted to come home from America. He returned to Ireland in 1999 and took up a position with Lyric FM (1999-2017).

For the last ten years of that tenure Carl curated, ‘The Blue of the Night’ of which he is rightly proud. This late night three-hour programme gained a reputation as a go-to place for good music.

He had a good response through texts and emails and he started to conduct interviews and live sessions. Thus he developed a relationship with both audience and participants. He now uses this to his advantage as Course Director of the Song Writing MA at UL. He calls on people that he championed to reciprocate by coming to his students to talk about their process of song writing.

The road to UL

On the night of his retirement party from RTE he was approached and asked to consider coming on board at the academy as Course Director. Corcoran had associations with the academy from its inception, through broadcasting and he had a great ally and colleague in the late Mícheál Ó Súilleabháin the renowned musician, composer, academic and educationalist. Carl says, “He was my mentor, inspiration and my earthly psychopomp.” It was he that persuaded Corcoran to do a MA in Community Music.

When the offer to join the academy came about Carl was at a loose end and had not decided what he might do, so he grasped it. The Course is now in its fourth year.

From Listening to Carl one gets a definite sense that he feels lucky in his career. He readily acknowledges that he did not really plan a career path but took advantage of opportunities that came his way.

Nevertheless he had worked to develop and hone his skills and reputation. Being the founding course Director makes total sense for this man who has ticked all the right boxes. Carl explains, “Song writing cannot be taught but it can be learned through observation, imitation and finding your unique voice.” He elaborates, “Students must have a strong desire and some experience in song writing in order to access the course. They must also be persistent.”

In a world where virtually anyone can upload their music the song writer needs to get above the millions of others in some way – to get noticed, to get that song featured on Grey’s Anatomy, The Wire etc. Music supervisors are the key to success. They are the link between artist and outlet. Carl Corcoran has the ability to communicate well in the music industry. He has connections and is willing to network for the advantage of his students.

As a songwriter who has known success and failure in the music business and a person who has significant experience in broadcasting he is ideally placed to direct such a course. It is a one-year MA which has all the academic rigours one might expect from a postgraduate programme.

The numbers of participants is small but that is how it should be for the dynamics of the course.