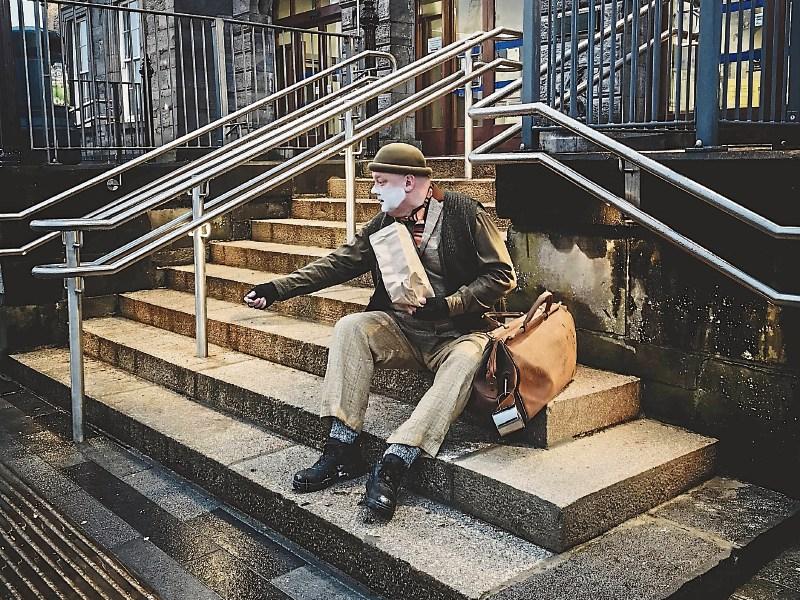 THE Irish Chamber Orchestra is releasing a new three part series of ‘I Create Online’ in the coming months.

‘I Create Online’ is an initiative by the ICO where they showcase creative disciplines such as contemporary mime, illustration & print, and marine film production.

Each of these disciplines takes their inspiration from the music performed by the Irish Chamber Orchestra. Each of the three parts will be released monthly until April.

The first part of the series, ‘Still, Hope’, was made available to audiences on Thursday. This piece showcases contemporary mime artist Simon Thompson. This episode is meant to be “an emotive return to Limerick which is infused with a sense of longing, of loss, as hope lingers in the background.”

STILL, HOPE traces one man's soulful journey through the streets of Limerick City. A harmony of music and movement that is sure to touch your soul – Simply Sublime!#ICreateOnline@clownnoir @artscouncil_ie @UL

The second piece that will be released as part of ‘I Create Online’ is called ‘Fiadh’s Voyage’ which will take the stage on March 25.

Lastly, the third piece will grace our eyes and ears on April 29 under the name of ‘Eternal Blooms’.

Each piece is carefully made with beautiful artistic talent surrounding each of the projects and highlights how the Irish Chamber Orchestra is adapting itself online during a pandemic.

Be sure to catch this online series which is available for all on several social media platforms.