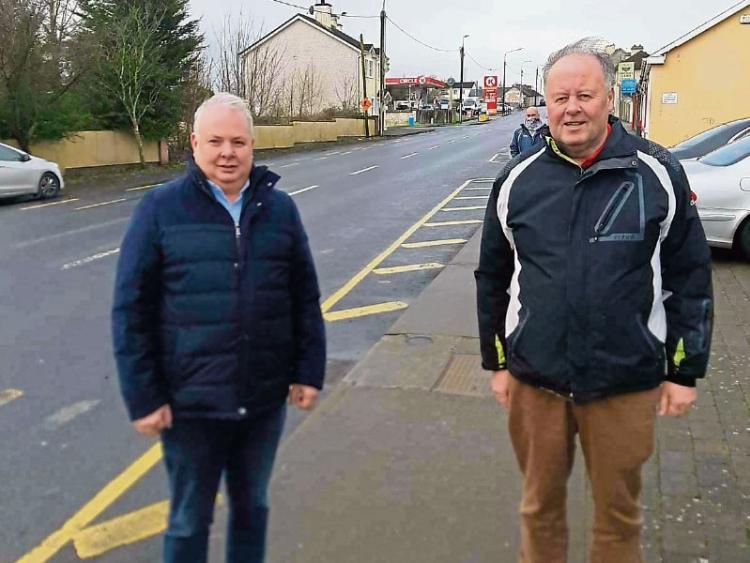 AN Independent councillor has called for a horse-sculpture on a roundabout outside Patrickswell village.

Cllr Fergus Kilcoyne, who owns a pub in the village has been in contact with Transport Infrastructure Ireland (TII) to install a horse statue on the roundabout coming off the M20.

“It would be to recognise the fact we have Limerick Racecourse right here in the village. The racecourse has told me they are willing to contribute to some of the costs of this proposed sculpture,” he said.

“It’s the premier racecourse in the region,” he added.

The businessman has also welcomed a €500,000 boost given to the village of Patrickswell.

The grant from the National Transport Authority will see renewal work at the village continue, and Cllr Kilcoyne says he feels it will rejuvenate many existing businesses, as well as attracting new firms into the village.

“What it’s going to do is allow us to upgrade the footpaths similar to phase one of this development, right up through the middle of the village,” he said, “The village enhancement through this scheme will be of great benefit. It will be felt throughout the village, make it more picturesque and get a bit more tourism in.”

Cllr Kilcoyne hopes ​Patrickswell can eventually become a “service village” for the new M20, construction which is expected to commence in the coming years.​

“We have two shops with cafeterias, as do the pubs. So there are plenty of locations where people can sit down and relax for 10 to 20 minutes,” he said.

It followed a motion he put into council – and passed – last year to install public walking paths in the park in Raheen.

The funding for Patrickswell is from the an overall package of €17m put in place to support sustainable transport projects across the country from the National Transport Authority.