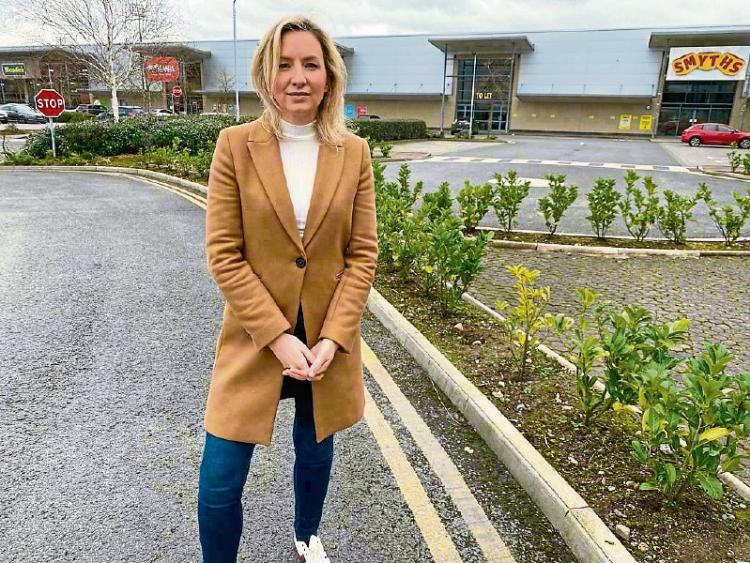 Councillor Olivia O'Sullivan at the remaining retail unit in the Ennis Road retail park, where Jysk is planning to open

The company has announced its intention to apply for planning permission to Limerick City and County Council to open in the last remaining vacant unit at the Ennis Road retail park in Caherdavin.​

Founded in Denmark in 1979 by Lars Larsen, Jysk’s Scandinavian design ethic and stylish approach to interiors has made the brand known and loved across the world.

Over the past four decades, Jysk has expanded to 51 countries, with more than 2,700 stores worldwide employing 23,000 people.

Local Fine Gael councillor Olivia O’Sullivan is delighted to see plans for the retailer’s second Limerick store, it’s first being at the Parkway Retail Park in the Dublin Road.

She said: “Jysk will do well there. It’s a good fit for the Ennis Road retail park.. It’s great news on lots of levels – it’s another unit filled. It will bring more employment jobs locally. Jysk is a very modern company. We know the success Ikea had when it came to Ireland. Jysk is in the same footprint of that in terms of the style of what they offer.”

“I think it will be very welcome, and they will go great business over here,” said the Caherdavin-based councillor.

According to the planning notice, Jysk is seeking to construct a new first floor mezzanine, with internal alterations, plus staff and storage areas in the existing unit.

An external canopy at the rear is also planned.

The company, which opened its first Irish store in Naas in April 2019, already operates in five other locations: Drogheda, Navan, Portlaoise Youghal and Waterford.

While Jysk could not be reached for comment, when its previous city store opened, some 25 jobs were created.

Jysk Ireland now has just under two weeks to furnish Limerick City and County Council with the full application.