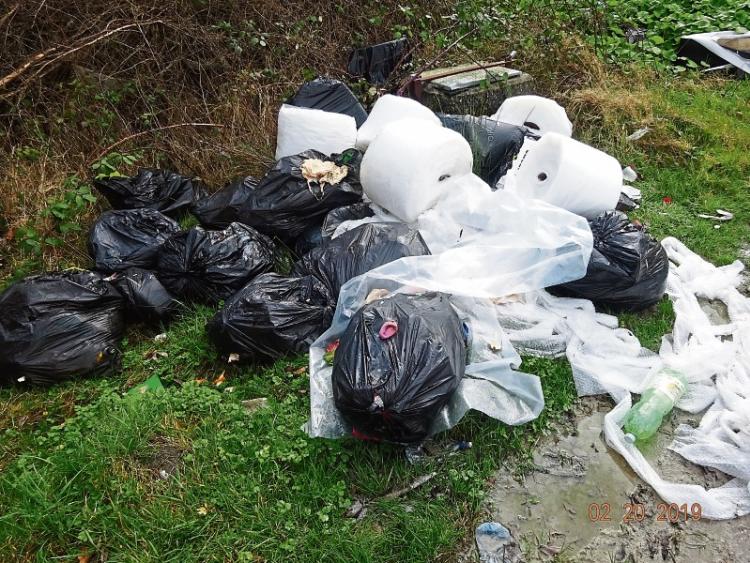 A TOP council official has suggested the removal of public litter bins from streets – to encourage people to take their litter home.

Kieran Lehane, who is the council’s manager in the metropolitan district, suggested the measure during a debate on the upsurge of illegal dumping and littering during the Covid-19 lockdown.

He told councillors: “Many years ago, I remember walking a street in Paris. There were no litter bins - it was the Champs-Élysées. The basic presumption is you take your litter home. Maybe members, if we take away the litter bins and tell people to take it home with them? There's a bit of a debate to be had on that.”

He said that often prosecuting for people for littering offences can be problematic.

“It's very expensive to take a person to court, and we don't always win as we are very much dependent on the decision of the court. The fines are quite small, the cost of taking a person to court is in the order of €300 to €400 and we may not get this back. We’re are depending on legislation which may be a little out of date,” said Mr Lehane.

Labour councillor Conor Sheehan saw his motion calling for a public awareness campaign to deal with the issue of dumping passed unanimously.

He said: “I am inundated with calls from members of the public about rubbish being dumped everywhere, areas being littered, and I know myself from going around the city, there are large volumes of discarded PPE, there's coffee cups, there's gloves, bags of dog poo, not to mind dog poo itself.”

“This is disgusting. It needs to stop. People need to take their rubbish home with them or find a public bin to actually dump it in. We cannot be fully dependent on voluntary groups or council workers to keep the city clean. In what other civilised country would we tolerate this? It's absolutely disgusting,” he added.

Fine Gael councillor Olivia O’Sullivan formally seconded the proposal, and said that during a clean-up of her own estate, she discovered 22 bags of dog waste in one edge alone.

Cllr John Costelloe, Sinn Fein, added: “It's not just an offence to litter, it's a criminal offence. There are blackspots around the northside, in particular one scenic area in Donnellan's Field under the gaze of cameras which cost a fortune to erect, and there's constant dumping there. It's always the same at the High Road on a Monday morning. Three black bags next to the bus stop. It's a habit people have gotten into and it's time the council got its finger out.”

Fianna Fail councillor Kieran O’Hanlon suggested the council set a target of 52 litter convictions each year – one a week.

In a written response to Cllr Sheehan’s motion, environmental officer Sinead McDonnell said the local authority has plans to distribute a suite of anti-dumping campaign material.

They have also said there will be adverts in the local press, on posters and social media.

She said the council will continue its initiatives encouraging good behaviour in relation to littering such as green schools, supporting Tidy Towns groups, the Team Limerick Clean Up and the National Spring Clean.