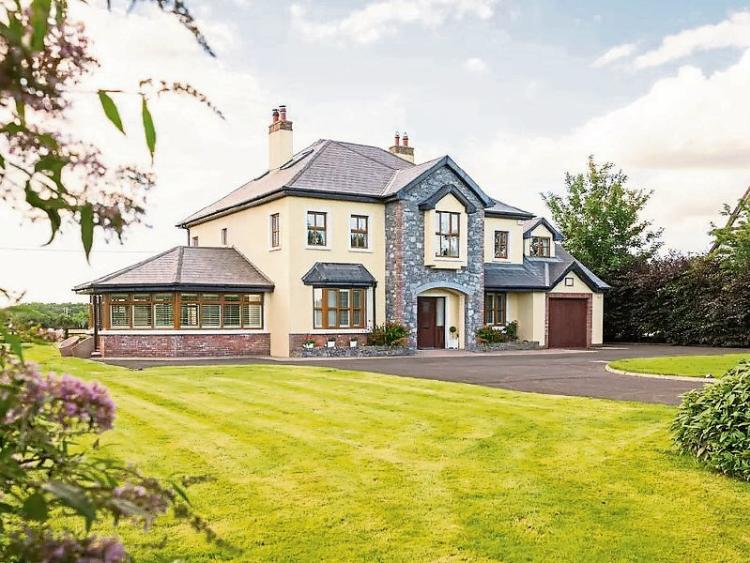 The sale of the unusually named Karibou went through at the end of January.

A FIVE bedroom detached property with a floor dedicated to a gym suite selling for €675,000 shows the strength of the market in County Limerick.

The Property Price Register revealed that the sale of the unusually named Karibou, Bushy Island, Drombanna, went through at the end of January.

The circa 4,500 sq ft family home is located on a two acre site made up of mature private landscaped gardens and 1.4 acres of meadow. It boasts four large reception rooms, a jacuzzi in the main bathroom and even an electric car charger installed at the side entrance.

Bill Hanly, of Hanly Donnellan, who handled the sale, said it is a magnificent house on a few acres of land.

“It was a fine price but it is an exceptionally fine house. It is very well built with substantial rooms in it,” said Mr Hanly.

He said because it is a house “of that calibre we didn’t have a huge amount of viewings but we had some very serious people interested in it”.

In total, there were seven interested parties – all families. The new trend under Covid of people choosing to return to Limerick from other parts of the country because they can work from home was in evidence.

“Three of the viewings were from outside Limerick – two from Dublin. They wanted to come back into the area,” said Mr Hanly, who confirmed they had a number of parties bidding on Karibou.

“When you go up in the market you don’t have as many viewings but the people that do come are serious buyers.

“It is an ideal location. It is very close to the motorway, close to town and amenities like Limerick Golf Club on the doorstep and Ballyneety Golf club a short drive away,” said the auctioneer.

Mr Hanly said the new owners are “professional people” who have moved to Limerick in the last couple of years.

He said if he had a herd of Karibous he could sell them.

“There are so many people employed in Limerick in your Johnson & Johnsons, Cook Medicals, Strykers, Regenerons, Northern Trusts etc.

“There is substantial interest in property in Limerick and houses are scarce – we would sell a lot more of them if we had them,” said Mr Hanly.

He adds that they also have a similar five bedroom detached property – joint agents with Rooney Auctioneers – on the market in Lisnagry. “Abhaile” is being guided at €865,000 with “good interest”.