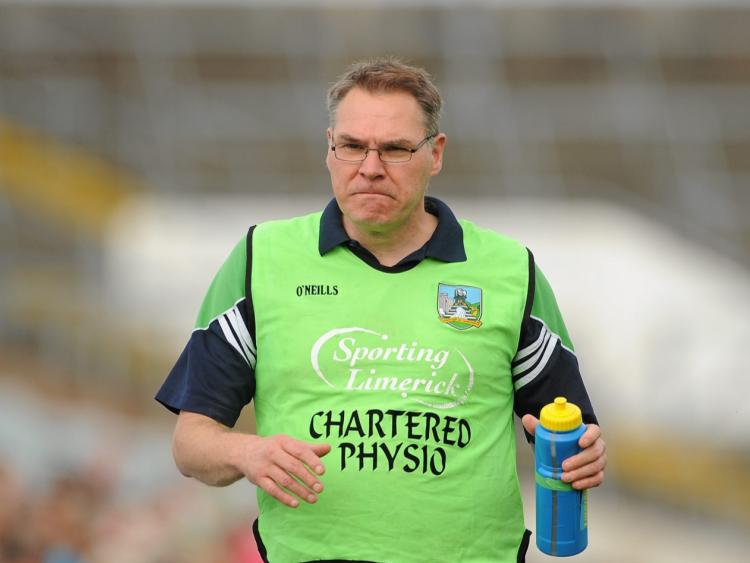 'We would trust his opinion very, very much indeed,' said John Kiely of the late Mark Van Drumpt

LIMERICK senior hurling team manager John Kiely has led the tributes to Mark Van Drumpt, the senior physiotherapist with Limerick GAA, describing him as “a legend in our group”.

Mr Van Drumpt passed away this Thursday morning after a long battle with illness.

Originally from Holland, Mr Van Drumpt who lived in Ballina, County Tipperary, was a key figure with the Limerick senior hurling team who claimed the Liam MacCarthy Cup in 2018 after a 45-year wait and claimed it once again last December.

“We informed the players this morning of his passing and, in time, we will honour his contribution to the group,” said John Kiely this Thursday morning.

“At the moment, our thoughts and prayers are with Leonie, his wife, and Paris, his daughter, and his wider family. That’s where our thoughts have to be this morning.”

“He was an incredible character. We are very saddened by his passing. He put up a tremendous battle against his illness for the last eight years. He carried his illness with great dignity.”

“He has been involved in Limerick from approximately 2005, which has been quite a long association with Limerick GAA at minor, 20 and senior level,” John explained.

“He was an ever-present presence on the sideline for all our matches and training sessions. He was an expert in his field. He was a fount of knowledge with gifted hands. He was just a top-class physiotherapist. We would trust his opinion very, very much indeed.”

Mr Van Drumpt took great care of his players over his time involved with Limerick GAA.

“He was the best man in the business for strapping an ankle,” smiled John.

“He had a great sense of humour as well which is a great asset to any group like ours. He loved the craic and banter before and after training and at matches. He was great company. He was a legend in our group - there is no two ways about it.”

While Mr Van Drumpt made a tremendous impact on all involved in Limerick GAA over the past 16 years, he was “much more than that” says John.

“He was a great family man and just a very interesting character, with a great, great personality, he was a super person, a gentleman.”

Mike O'Riordan, secretary of Limerick GAA County Board, described his good friend, Mr Van Drumpt, as simply “the best of the best”.

“He was an unbelievable individual who gave sterling service to Limerick GAA. He was not only one of the best physios in his field but he was also a very good friend to everybody involved and had a great relationship with everybody. He was held in high regard by all and was an absolute credit to his profession. Mark was the best of the best,” he noted.

John Cregan, chairman of the County Board recalled how Mr Van Drumpt took “great personal interest in each hurler and footballer and always went above and beyond the call of duty to ensure every player was fit for match day”.

“He was a larger than life character and we are all deeply saddened at his passing,” said John.

Mark Van Drumpt is predeceased by his son Patrick and survived by his wife Leonie, daughter Paris, extended family and a large circle of friends. Funeral arrangements to follow.