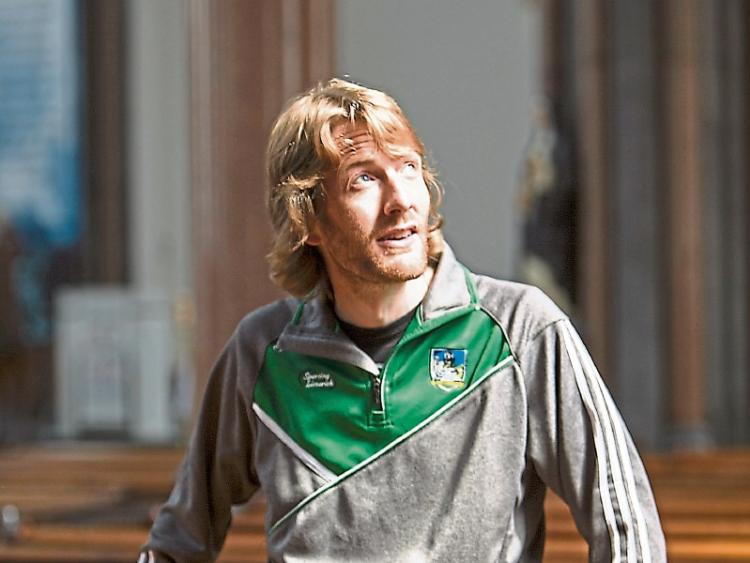 THROUGHOUT the Covid pandemic Fr Chris O’Donnell has celebrated Masses on Facebook Live from Kilmallock church.

Through his words, his singing and even dancing, the priest has brought succour to all ages confined to their homes. So the church being targeted by thieves in recent weeks has been seen by locals as a “disgraceful attack on the parish”.

Fr Chris confirmed that sadly the sacristy of Kilmallock church was broken into on two occasions in early January.

“Various items and some money was taken and also there was damage done to doors and windows and locks. On the first occasion the damage done was such that we struggled to get into the church but thankfully we got in and we were able to stream that day’s Mass to our online congregation – albeit without lights and amplification. Although it could be said that people were better off not being able to see or hear me clearly!” said the popular, self-deprecating clergyman.

The next day, Fr Chris said they managed to stream Mass again.

“This time without music as the speaker was taken! We were relieved that these situations didn’t impact on those we are trying to reach out to in these strange times,” said Fr Chris.

The godless criminals even took the coin box for lighting candles in memory of loved ones or for special intentions. The Leader understands the sacristy was ransacked.

“As always these things are unsettling for everyone involved and we were sorry for how it upset those who pray with us. Sadly these break-ins were followed by an incident where the oil was stolen from our oil tank," said Fr Chris.

Read also: Déjà vu as Limerick church is targeted by thieves for second time in a month

“People tend to be horrified that these things would happen in a church and yet we are aware that sadly these things can happen to anyone and to any organisation. It equally is sad that people’s lives have led them down this path of crime,” added Fr Chris.

It is a shame that it happened and particularly that it has happened at what is already a difficult time, he said.

“Like so many other people and places our normal sources of income and support have been seriously curtailed in light of the fact that we have been closed. That being said we are very grateful for all the support that people have continued to give during difficult times for everyone and as a church who preaches hope and believes in the power of the resurrection – we will not let it dishearten us too much!” concluded Fr Chris.

Kilmallock gardai are investigating the crimes at Saints Peter and Paul's Church. Last month, gardai issued an appeal for information after the church was broken into during the night of Wednesday, December 30 into the early hours of New Year's Eve.

“The thief got in through the side door which he forced and stole the coin box from the candle stand. He then forced his way into the sacristy and took a small amount of money from there,” said divisional crime prevention officer Sergeant Ber Leetch. Oil from the tank was stolen in late January.

Cllr Mike Donegan said people are disgusted that they would stop that low to break into and steal from a church.

“And then for the oil to taken – I’m not saying it is the same people. With the recent smashing of a moving car window with a rock, the lanterns broken with a catapult, burglary at the church and the theft of oil - we will be hoping we as a community will send out a strong message that this type of anti-social behaviour will not be tolerated,” said Cllr Donegan.