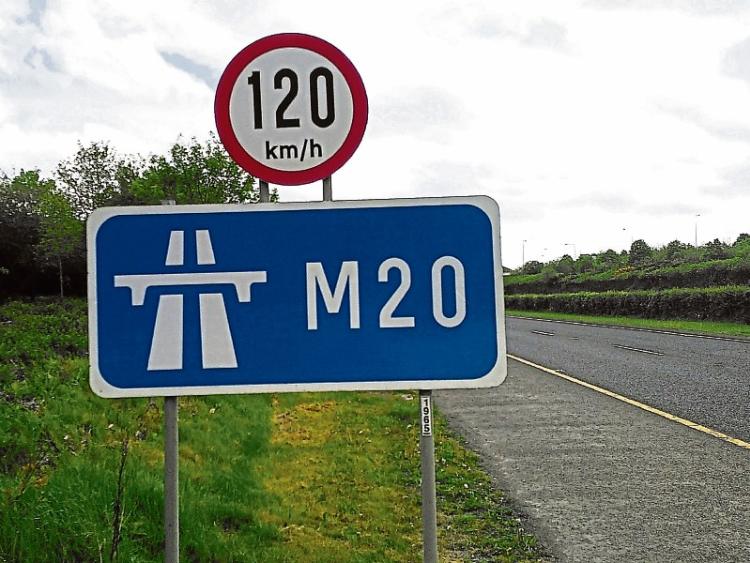 THE CHAIRPERSON of Limerick ICMSA has said that the M20 proposals that have now broadened out to include the prospect of a new railway line are causing huge concern and anxiety amongst Limerick farming communities.

John Bateman said they would be numbered as some of the most productive and technically excellent in the whole country and farming the “best dairying land in Europe”.

Mr Bateman said that farmers want to see the land-take and disruption minimised and the inclusion of a new railway is adding to the already considerable uncertainty.

“I suppose the first point is why we would upgrade the road communication at such enormous expense and in a way that’s aimed at increasing the road traffic between Limerick and Cork and speeding up the journeying times, only to then announce that we’ll be constructing a new railway line and facilities – also at enormous expense – that’ll be designed to compete with the new motorway? Is there not a degree of contradiction in this strategy?” asked the Meanus farmer.

Mr Bateman said it was difficult to get away from the suspicion that the railways proposal was more of “a political symbol than a practical option and as such would likely fall at the first meaningful cost-benefit analysis”.

“But that prospect did little to allay the concerns of the farmers in the affected areas who would now have to continue working away against the threat of their holdings being divided or made completely uneconomic through either roads or rail.

“Unnecessary infrastructure will simply have to be cut out of the plans given the impact on individual farmers and the communities they backbone,” concluded Mr Bateman.