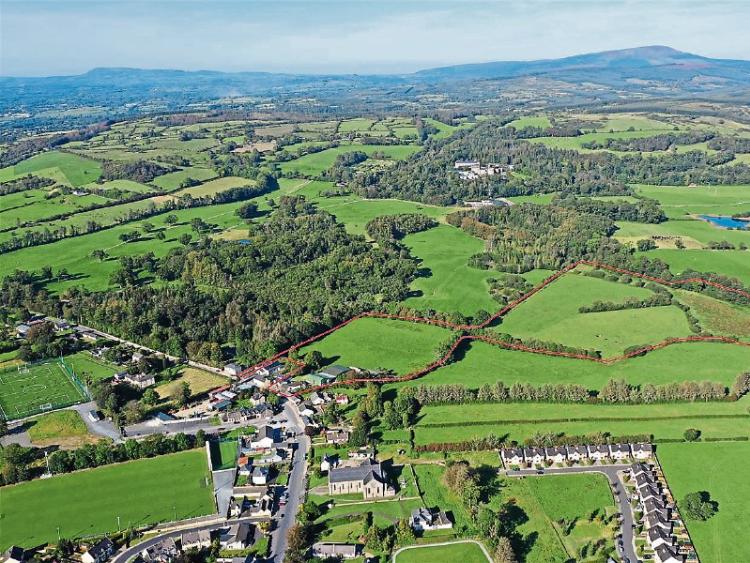 The shutters down have been a constant reminder of times gone bye when there was always a store in that location. The late PJ and his wife Breeda had it for decades and before that the Russell’s owned it.

After being on the market for about a year and a half a deal has been struck for the four bedroom detached two storey residence, large retail unit, extensive agricultural / commercial sheds and 26 acres of potential development land in the centre of Murroe village.

James Lee, of REA John Lee, confirmed to the Leader the sale was completed before Christmas.

“We had two interested parties in the finish. It went over and back between them. It was all bought together in one lot,” said Mr Lee.

He wouldn’t be drawn on who the new owner is or what the final price was. However, the Leader understands from local sources it sold for in the region of €500,000 and the new owner is a Murroe man.

Regarding its future, Mr Lee thinks they are looking at the strong possibility of doing something with the closed shop.

The land behind it is ideally situated in the middle of the village for a housing development but Mr Lee says “any development potential is very much down the road”.

“It is being sold as farm land.  There is no planning on it,” said Mr Lee.

“It is very to good to see that someone is going taking it over and probably running a business. There was always a shop there. In that section of Murroe there was a shoemaker, I suppose a cobbler in those days, a dressmaker, a butchers stall, all on that stretch. It is very good news for the village to see the for sale sign taken down,” said Cllr Egan.

“The Ahern family ran an excellent shop and were always more than helpful to people,” said Cllr Egan.

Along with PJ and Breeda, other popular people to man the tills  there through they years were Kathleen Costello, Margaret Davis, Joan Power and Joan Lynch, and the late Maura Power.

The purchase of the shop is the second positive development in recent times with Crokers being bought by Darragh Ryan, of The Valley Inn.

He leased it to his good friend Pat McKenna, from Murroe, who returned from Guernsey in July to open Rua Cafe and Restaurant.