Louise Loves: Into The Stream - Live from the Lime Tree theatre 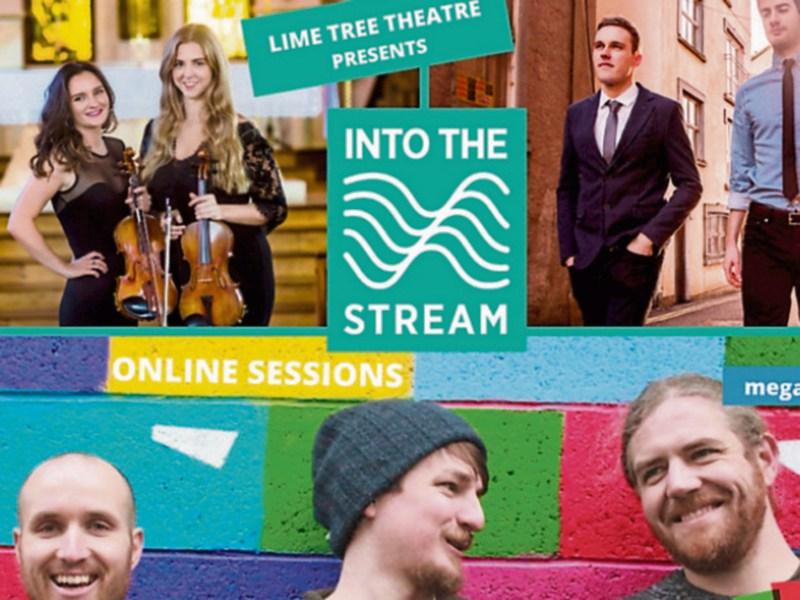 I think live music is one of the things I have missed the most during this pandemic. The excitement of booking tickets to see your favourite act live in concert, spontaneously heading to a gig midweek or counting down the days to your favourite music festival.

The sound of the bass, the volume of the crowd… I don’t think we will ever take live music for granted again!

In the meantime, artists are doing what they can to keep their art alive and we need to support them! “Into The Stream’ is a series of live streamed gigs from the Lime Tree theatre which began last night and which continues until this Saturday, January 30.

This first broadcast of  Into the Stream  features some of Limerick’s most exciting traditional and folk acts.

Fiddle duo Lucia and Maria have been performing together for ten years. Virtuoso players on both the trad and classical scenes, they bring their intricate arrangements to everything from sean-nós songs and Swedish polskas, to Billie Eilish covers.

Atlas, comprising of Cillian King on concertina and Cillian Doheny on guitar, released their debut album Affinityin 2016 to great acclaim. Both seasoned traditional musicians, their work with Atlas sees them explore new ground. Accompanied by a string section, they create mesmerising soundscapes reminiscent of Sigur Ros.

Seán Ó Dálaigh, Cillian Ó Dálaigh and Denis McAuliffe, known as mega_TRAD, are a trad improv trio. In their own words, their music is “big, rich, foot-stompin’, headbanging Irish Traditional music saturated with deep bass, transcendent FX and pulsing beats”. Their electric sets will bring the feeling of a live gig right into your sitting room.

To book a ticket visit thelimetreetheatre.ie. Bookers will be sent a link to view the performance in their confirmation email. If you do not receive your confirmation email or the link, please contact Box Office for assistance, 061 953 400.

After a stellar 2020, Wild Youth kick off 2021 with their massive pop banger “Champagne Butterflies”.
“Champagne Butterflies” is the latest in a string of new singles from the band, following on from the well-received “Next to You” and “Through the Phone”, both helping to move the band towards global domination after conquering the Irish pop scene.

I caught up with lead vocalist David Whelan and songwriter and multi-instrumentalist Conor O'Donohoe about the trials and tribulations of releasing new music during a global pandemic and the joy of achieving global success while in lockdown!

The lads also shared some helpful advice and wise words for Leaving Cert students feeling anxious ahead of their exams this year! You can watch our zoom chat in full across Spin’s social media channels - @SpinSouthWest!