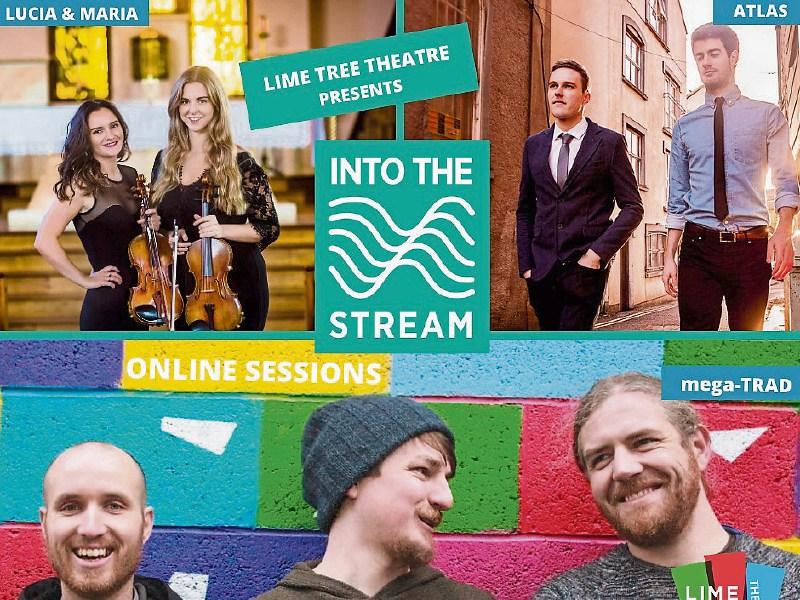 SOME of Limerick’s most exciting traditional and folk acts will feature in an online session streamed by the Lime Tree Theatre called Into the Stream.

Among those to feature on the first broadcast which kicks off on Thursday, January 28 at 8pm are  fiddle duo Lucia and Maria who bring their intricate arrangements to everything from sean-nós songs and Swedish polskas, to Billie Eilish covers.

Atlas, comprising of Cillian King on concertina and Cillian Doheny on guitar, released their debut album, Affinity, in 2016 to great acclaim. Accompanied by a string section, they create mesmerising soundscapes reminiscent of Sigur Ros.

In their own words, their music is “big, rich, foot-stompin', headbanging Irish traditional music saturated with deep bass, transcendent FX and pulsing beats”.

Looking forward to the mighty tunes of Lucia & Maria from the Lime Tree Theatre stage as part of Into the Stream, Online Sessions

At a time when everyone is craving some live music, their electric sets will bring the feeling of a live gig right into your sitting room.

“A note of thanks to the young Limerick start-up Tracworx for the use of their technology during the recording of this concert in December 2020,” said a spokesperson for The Lime Tree.

For more information and for bookings log onto limetreetheatre.ie