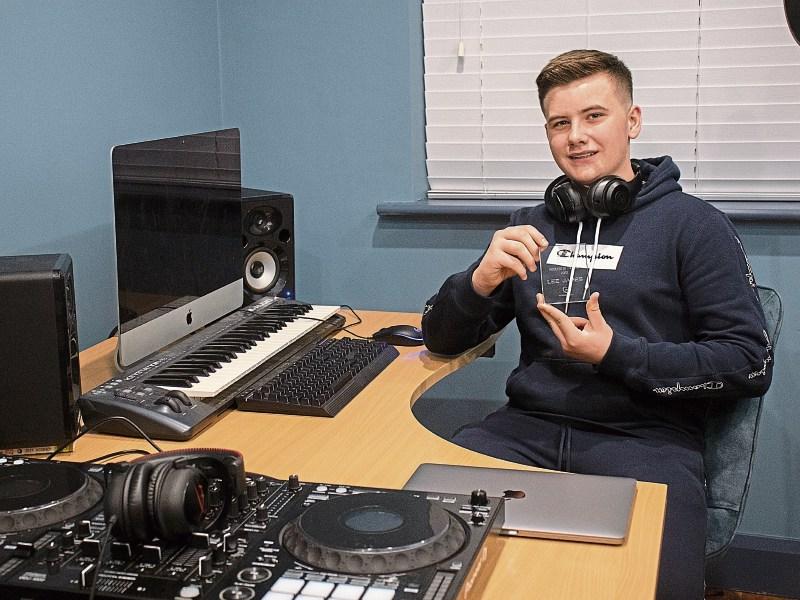 The first of many awards for young Limerick DJ Lee James

WHEN 16-year-old Lee James looks back in the years to come he will remember 2020 as a very good year.

During the summer he signed two record deals. One was with the UK’s Open House Records and another with Dublin’s BLINDsided Records which is owned by Superstar DJ John Gibbons.

“It was mind-blowing to even be nominated against producers like Alex Hobson who are the real deal and are signed to major labels like Sony and Universal Music. The support on the voting for the remaining month of December was incredible and I am very happy to say that I won the producer of the year award! It is incredible to say that I can now call myself an award-winning music producer!” said Lee, who attends St Clement’s College.

He has loved music for as long as he can remember. Lee first started to get into DJing when he was around 11.

“At family events I would always stand with the DJ and learn the basics from them. That's where the DJing originated! I was always a very musical person anyway as I play multiple instruments: guitar, piano, recorder and the drums. I also study music theory in school. That is when the music production side of things got introduced to me. I would watch the likes of John Gibbons and Mark McCabe play their own songs live on the radio etc,” said Lee.

One advantage of lockdown and no school last year was that it gave Lee more time to hone his craft which has been recognised by Dance Freedom.

Lee plans to launch his own website really soon where he will be offering courses as well as tips and tricks on how people can produce their own music. He is also looking forward to the day he can DJ again in a venue packed full of revellers.

“​I've always loved dance music since I was a child, I just always loved the type of energy it brought to live events and the effect it had to transform a boring night into the best night of a person's life,” said Lee.