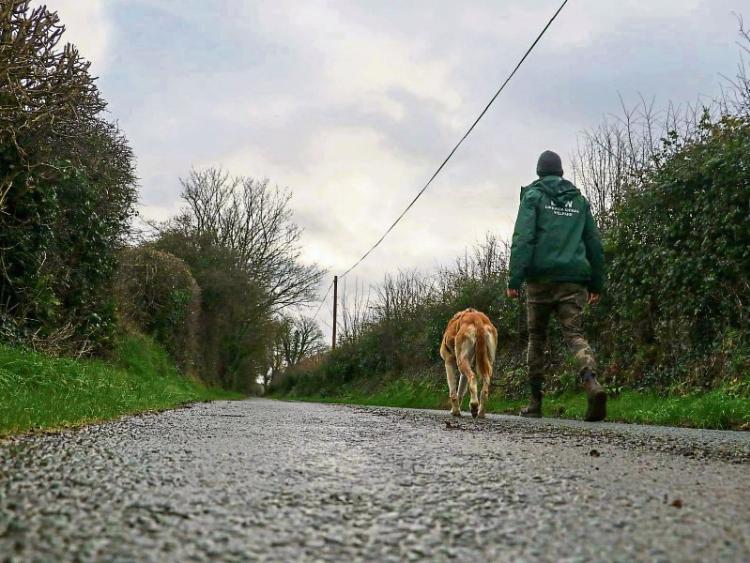 OUR WORLD was turned upside down in 2020 but one thing remained the same - the staff and volunteers of Limerick Animal Welfare (LAW) worked 24/7 to care for abandoned, mistreated and dumped pets.

It has been a sad start to 2021 as on Sunday there was a horse rescue in the city outskirts. Marion Fitzgibbon, a director of LAW, said a horse was submerged in a dyke full of water.

“She was frozen and had a broken leg. A vet was called and sadly she was put to sleep,” said Marion.

She describes 2020 as a stressful year for LAW.

“The Covid-19 pandemic caused the closure of our three charity shops which bring in more than 50% of our annual income. Our sanctuary in Kilfinane also had to close to the public but remained open for the intake of abandoned and unwanted animals. The monthly running costs of the sanctuary is €60,000 euros per month. The demand for our services continued to increase - we took in 530 dogs and 335 cats.

“We continue to provide shelter for as many horses as possible. We also provide an equine service and our equine vet treats injured equines that are abandoned and neglected in the city and county. During the winter months we provide hay for the starving horses and ponies. The sanctuary also gives shelter to rabbits and goats,” said Marion.

Veterinary costs escalated last year - around €200,000 for the twelve months. The biggest challenge facing LAW in 2021 will be to open a veterinary clinic at the sanctuary which is managed by Marie O’Connor. They hope their clinic will help to reduce costs and cut down in time driving to veterinary clinics several times each week.

“The cost involved in fitting out the clinic will be approximately €25,000 and we will start fundraising for this, this month. We experienced an increase in the number of animals needing surgery for serious injuries during the past year. The most difficult part of our job is not being able to reach out to all the animals that need our help.

“It is very sad when an animal arrives at the sanctuary and it is too late to intervene. Sometimes these animals have suffered for days and nobody has seen them or maybe people did not know what to do. The mindless cruelty to animals is the hardest part of our work,” said Marion.

LAW appeals to everyone to get their pets microchipped if possible. The cost of a microchip is €15 or €20 but “it is very important and could save your dog’s life. Every dog should also wear a secure collar and identity tag at all times”.

“We would also appeal to the Department of Agriculture to enforce the microchipping legislation for equines. It is never possible to identify the owner of an abused and neglected horse. The cruelty continues unabated and nobody can be held accountable.

“As storms and high winds are forecast frequently please make sure your pets are safe indoors when bad weather is forecast. Pets get lost continually during bad weather and often get injured as they are frightened and running in panic,” said Marion.

LAW’s financial position continues to cause concern, she said.

“The cost of running the sanctuary continues to increase. The budget for 2020 was €800,000 but our income was greatly reduced due to the closure of the shops and the sanctuary. It was possible to keep the sanctuary staff employed due to the Government help with Covid-19 payments.

“We are also most grateful for the Department of Agriculture grant of €69,000. A huge thank you is due to our wonderful staff and all our loyal volunteers and supporters. Facebook and Paypal donations have ensured that the sanctuary continues to remain open for the intake of animals during this very difficult time.”

LAW has had many heart warming stories throughout the year.

“The most rewarding part of our work is when we can save an animal and stop its suffering,” said Marion.

Some of the many cases dealt with on a daily basis, seven days a week in 2020 at LAW was Ruby.

In June, a foal, only a few weeks old, was rescued when she was found standing next to her dead mother. The cause of her death was not known and the mare was not microchipped. No owner came forward so there was no accountability. Ruby came to LAW in Kilfinane and was cared for around the clock by the farm staff. Shortly after Ruby arrived, another foal was found abandoned in the city, he was named Bandit. Bandit was extremely nervous when he arrived at LAW, but now Ruby and Bandit are great company for each other.

Mossy the goat was rescued after being found wandering on his own. Mossy was a quirky little character and could be found above on the table. Mossy was rehomed to a local resident and lives happily with two other goats.

LAW also rescued some hens found dumped in the forestry and some ex-battery hens that had very little feathers and had never seen life outside.

German Shepherd Max captured their hearts when he was rescued with the help of gardai. Max was literally skin and bone when he arrived in in Kilfinane. Max was put on a careful feeding regime to get him back to health. Max had such a gentle nature and wonderful personality, he found a loving home and was adopted as soon as he was well enough to leave the sanctuary. Max has his own Facebook page and Instagram account named Max’s Happy Ever After where his followers can see his progress and keep in touch with him.

Lurcher Bertie was another poor dog found completely emaciated. LAW staff were shocked to see a dog so thin that was alive. Bertie had surgery to remove part of his intestine, as he had a condition called intussusception, caused by the severe diarrhea he had suffered from. Bertie is at LAW being cared for, where he is making a good recovery and gaining weight. Bertie has a huge following on Facebook keeping up with his progress.

Jessica was another poor dog found straying on the street in Limerick. Jessica had nails so overgrown they were curling over. Jessica spent a few months at LAW recovering. Jessica is the sweetest natured dog who was a firm favourite with the staff and other dogs at the sanctuary.

Rocky, a ten-year-old blind dog, had spent all of his life tied to a dog box on a four foot chain. Rocky was rescued and brought to LAW. Rocky melted hearts and was adopted by a lovely retired couple. Rocky will never have to endure living on a chain ever again.

Poppy, a gorgeous lurcher, came to LAW when she needed an emergency section as she had a puppy stuck in the birth canal. Poppy and her seven lovely puppies are all reserved to loving new homes.

Last month, LAW called to rescue a cat that was on the top of a pole. The cat had been stuck at the top of the pole all day and possibly from the night before. Thanks to the Limerick Fire and Rescue Service the cat had a dramatic rescue.

Marion said the cat unit has been busy again with many kittens found abandoned.

“Sheila was one little black kitten that came into LAW at just a few days old after being found under a hedge. The cat unit staff bottle fed her around the clock, during the night, taking turns to mind her. Sheila had a damaged back leg which could not be saved, but, after veterinary care and the dedicated care from the cat unit staff, Sheila survived and was adopted to a fabulous home in Limerick.”

Marion says LAW depends on donations and with the public’s support will continue to help stray and abandoned animals.

LAW welcomes donations over the phone between 9am and 5pm by card or by text to LAW4 to 50300 to donate €4. By post to Limerick Animal Welfare, Moorestown, Kilfinane, Co. Limerick V35 PC93, by Paypal, or through the donate button on their Facebook, web or Instagram pages.

“Thank you for your support during these challenging times. Limerick Animal Welfare wish all our supporters and followers a Happy New Year for 2021,” said Marion.