Tarmac footpath to be installed at popular Limerick park 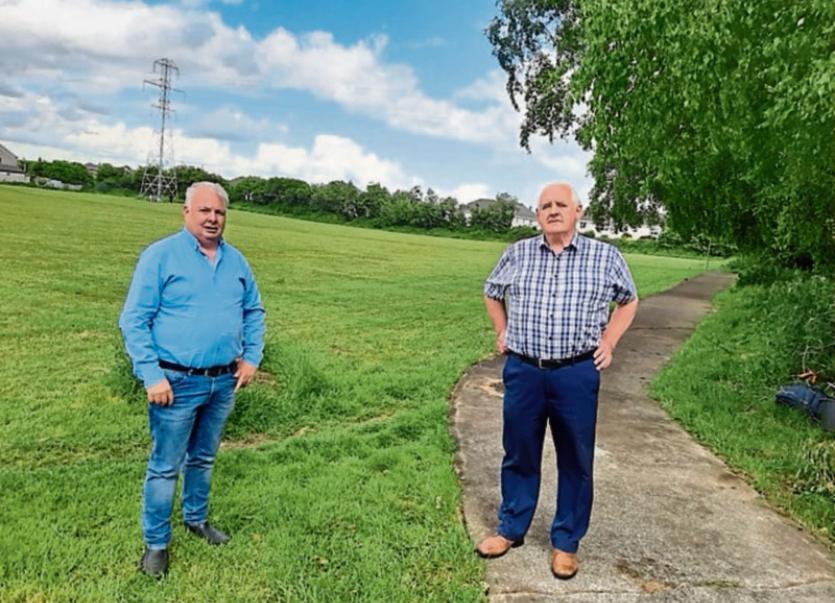 A FOOTPATH is going to be installed in a popular park in the Raheen area of Limerick city.

Independent local councillor Fergus Kilcoyne saw a motion passed which will provide for a two-metre tarmac walking and running path around the perimeter of Vartry Field in the suburb.

He said that he hopes works can commence on site by September of this year.

Independent councillor Kilcoyne said: “I've been canvassing a long time in the council to get works carried out for local people who have been using the field throughout the year because of social distancing. In the winter-time that field can be quite wet. Some clubs use it for training facilities. It was brought to my attention by local people to have it moved forward.”

As well as the pathway, four street lights will provide a way in the darkness.

The park is near to estates like Foxfield, Vartry Close, Ashling Heights and Thornbury in Raheen and Dooradoyle.

He said: “I have grown up in the area seeing the space empty and idle. While in my youth there were sport days there this stopped due to the poor surface and has since laid idle and unused. This will offer an alternative space to walk and run for locals and add an amenity to an area that when developed over the years was completely neglected in terms of spaces.”