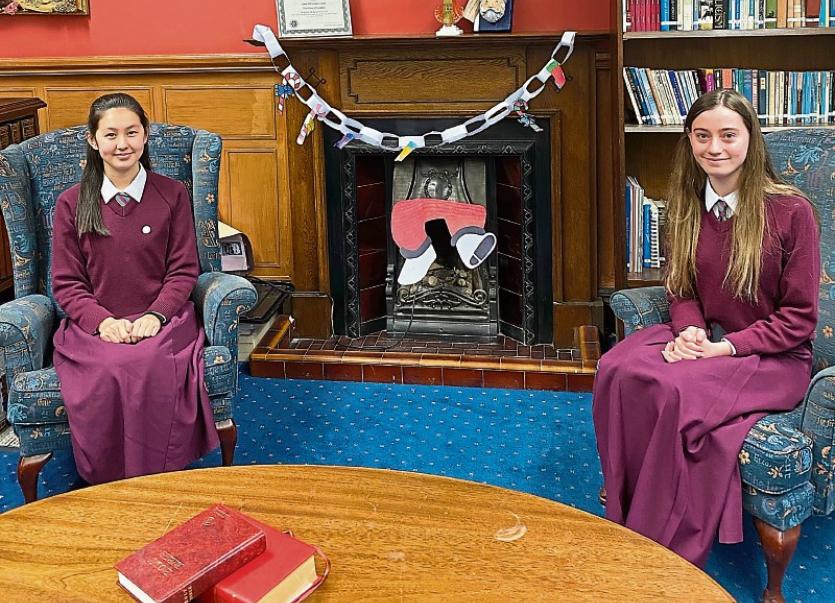 Ella Mason and Abbie Ryan project is titled The Link between Anxiety, Self-Esteem and Eating Disorders .

“The project aims to lessen the stigma around eating disorders and help people see the warning signs and symptoms that someone they know may be suffering from one.

Claudia Lynch’s project focuses on how artificial intelligence is used in the radio industry..

I’m studying how machine learning technology can be used in distribution of music, and how the general public has access to all of this. To gather research for my project I am doing interviews with both listeners of music and people directly involved in the music industry, experiments which test if people can tell the difference between AI-made music and human made music. I am attempting to use this software myself, to name a few approaches I am taking.

Keelin Murphy’s project is titled The disproportionate nature of the gender gap in politics.

“The aim of my project is to understand why there is a gender gap in Irish politics and how we can encourage more females to get involved,” Keelin said.

Keelin contacted a number of political parties to discuss the female representation within their party.

Keelin also formed a political group in school called The Future is Female, which is a physical experiment for her project.

Emma McAndrew’s project analysed the effectiveness of natural honey based wound dressings to synthetic wound dressings, such as iodine (Inadine) or silver (Acticoat) for infected wounds.

“I interviewed healthcare divisions, the general public and conducted a scientific experiment in Laurel Hill laboratory. The findings of my research concludes that there is a clear preference for synthetic medication overriding natural medication,” Emma said.

Aoife Barrett investigated the impact that social media has on the voters of the future in Ireland. Young people are not always aware that their use of social media leaves a digital footprint and that this can be harvested and used to inform and influence further media campaigns, both social and mainstream.

Leah McNamara and Blaithin Musgrave teamed up to investigate the physical and mental trauma experienced by sexual assault victims.

“Our project will focus on sexual assault incidents, such as rape and groping and sexual harassment incidents, verbal actions such as catcalling and non-consensual inappropriate comments,” they said.