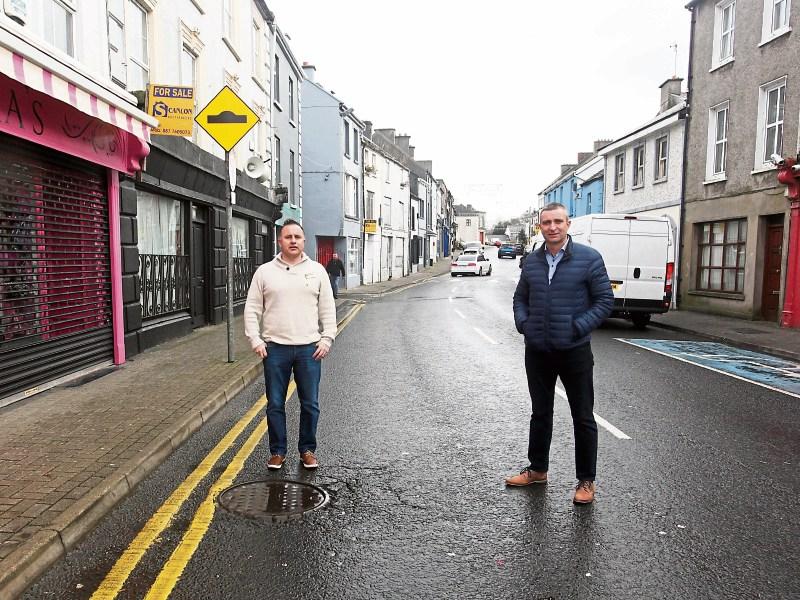 ELDERLY and vulnerable people living in Rathkeale are afraid to venture out of their homes to do basics like shopping for food, said Minister Niall Collins after visiting the town this Tuesday.

“Locals feel let down and left behind by the authorities who need to do more,” he said.

It follows a story being published on www.limerickleader.ie on Sunday evening after videos emerged from house parties. One features dozens of men dancing together in close proximity. Another shows bare-chested men hugging each other as music blares. The population of Rathkeale can double over the Christmas period.

Minister Collins called for extra garda resources for Rathkeale following a raft of complaints from constituents over the festive period.

“There needs to be a stronger and more visible police presence on the ground,” said Minister Collins.

He continued: “There has been a startling and very worrying increase in Covid numbers in the past few days in the country and in County Limerick. These people are laughing at the guidelines. If they won’t respect them it is time the State stepped in and took the necessary action.”

The Limerick Leader has also been contacted by a number of local residents. One person said it is “ridiculous”.

“The town is just lawless - not an ounce of garda activity. My God, the streets are absolutely filthy. Rubbish just thrown on the ground. There’s a man from the council who cleans the streets and goes above and beyond the call of duty. He's absolutely brilliant – out every morning – but in these circumstances it's impossible.

“There are gangs of youngsters, now I'm not talking just four or five, I mean gangs hanging around. They won't move out of your way, coughing, spluttering everywhere, joking about Covid. Cars are parked on footpaths so you have to use the road at your own risk. They are racing cars at high speed and spinning wheels - it's a joke,” they said.

Another local told the Leader, “You were taking your life into your hands driving through any part of the town as they thought it was a race track”.

“I've never seen the town so dirty. The good law abiding citizens of Rathkeale have been abandoned by the authorities,” they said.

Minister Collins said the behaviour of a minority is an insult to locals and business people who have done “Trojan work” to promote the town.

“Team Rathkeale, founded in September, has given the town such a lift. Amazing work is being done. Rathkeale Community Council is also a very progressive and energetic committee. They are all doing their best for Rathkeale but then you see these videos on social media and receive complaints from people living there. Rathkeale doesn’t deserve this,” said Minister Collins.

A garda spokesperson said files are being prepared for the DPP following incidents encountered by gardai in Rathkeale across the Christmas period.