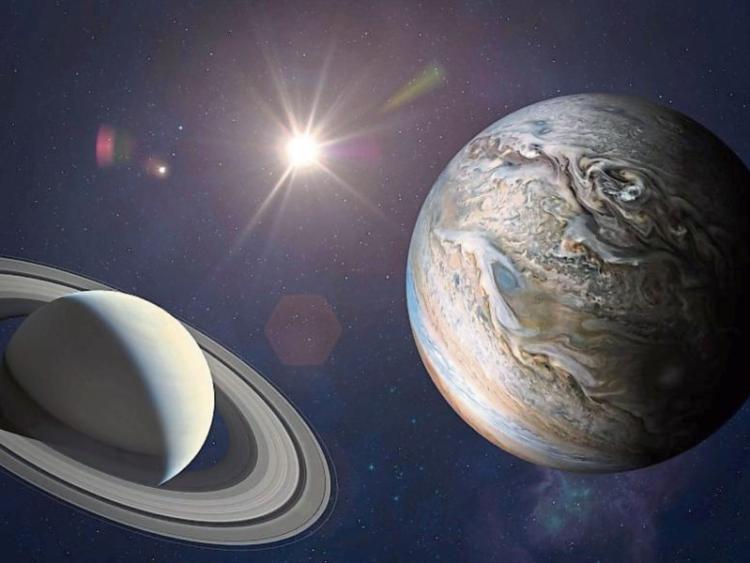 If there's one topic that amateur astronomers get asked about at this time of year, it is the star of Bethlehem.

Over the years there have been many candidates to explain the Christmas Star from an eclipse to various conjunctions of the planets and there is no single answer that has a majority of support.

This year however we are going to see one of the prime suspects, a close conjunction of the two largest planets, the closest in 400 years. And as an additional bonus it happens on an astronomically important date: the winter solstice, December 21.

Firstly though, what is a conjunction? In astronomy it is when two (or more) objects are visible in the sky, one above the other. Because all the planets in the solar system are lying roughly in the same plane, a planetary conjunction automatically means that they appear very close together in the sky. When the planets involved are Saturn and Jupiter it is termed a "Great Conjunction".

Jupiter takes about 12 years to go round the sun, while Saturn takes about 30 years. This gives a cycle where roughly every 20 years the two planets are very close together in the night sky from our perspective here on Earth. Normally "very close" here means the planets will look like two bright stars close together, this year however they will be so close that it will be hard to tell them apart, but a pair of binoculars or any size telescope will let you separate them and see the discs of the two planets. Indeed this is the closest great conjunction since 1623, shortly after the invention of the telescope.

There are no written records of anyone observing this conjunction though, Saturn and Jupiter were quite close to the Sun at this time and would have set below the horizon at about the same time as the sun set. The first record of a telescopic observation of a great conjunction was from 1683, and this years one is twice as close.

If you want to watch this years conjunction, you will need to be somewhere with a clear horizon to the south/south-west. If you look in this direction just after sunset, say from about 4:45pm on, you will see the two planets close together just above the treeline.

They have been very close for the last few weeks but it will be almost impossible to separate them tonight. They are not this close again until the year 2080, so for most of us this is a real once-in-a-life opportunity.