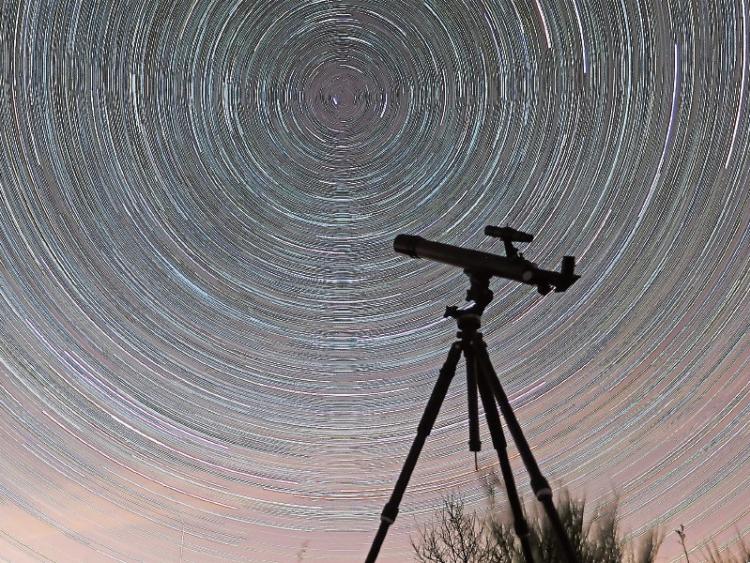 With Christmas just around the corner, some people might be fortunate enough to receive a telescope from Santa Claus.

Using a telescope may be a bit daunting the first time around but never fear, as they're quite simple to set-up.

Many modern telescope enthusiasts can purchase a built-in computer with their scope, which, after initial set up, automatically points the telescope to an object in its database. These telescopes are known as ‘GoTo’ telescopes, they are very convenient as less time is spent searching for the object and more time actually looking at it. Study the manual carefully and be sure that you are happy operating the controls in daytime before you use it under a cold dark night sky.

If the telescope has manual controls then it will be one of two varieties. The first type is known as an altaz (ALTitude-AZimuth) mount. This is a simple up-down-left-right binocular type tripod. With one of these mounts it's simply a case of pointing the telescope at the target and tracking it across the sky, using its two controls.

The second type of mount is known as an equatorial mount. It is easily recognisable by the large counterweight attached to the bottom of the mount. As the Sun rises in the east and sets in the west, it follows an arc in the sky. The stars, planets and the moon all follow a similar arc. The equatorial mount has the convenience of requiring the use of one of its axis controls to follow an object across the sky as the night goes on.

If your telescope comes with a viewfinder, it is advisable to align it with the main telescope in daytime. Pick an object over 100 meters away, the light on a lamp post for example, then use the adjustment screws that come with the finder scope to make sure the finder scope and main scope are pointing at the same object. This makes finding anything in the night sky a whole lot easier. A problem that arises on cold nights is that the telescope may become covered by dew during use.

This only becomes a problem if the lens or mirrors also become covered by dew. Don't wipe it off with a cloth as you can cause micro-scratches on the lens/mirrors.