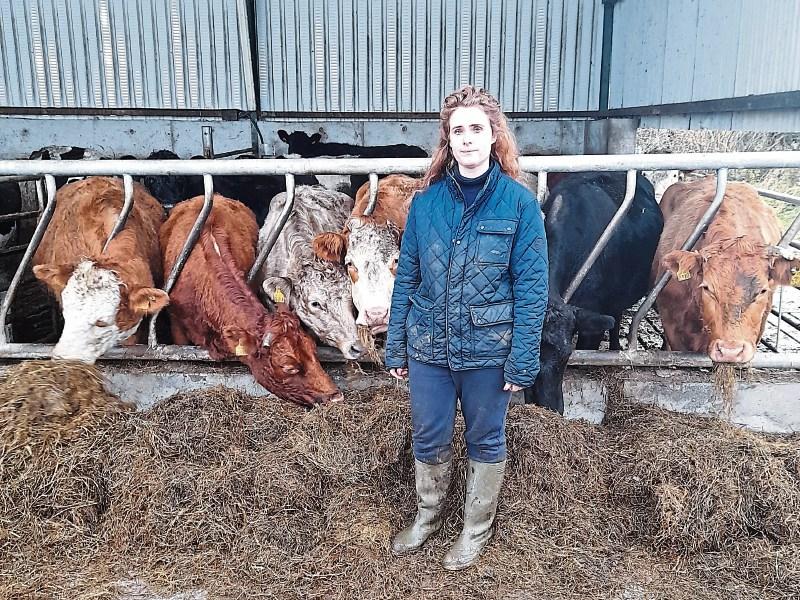 THE WORLDS of dairy and stud farming have joined together in Manister to object to the M20 Limerick to Cork Motorway cutting through their locality.

Peter Molony, Irish representative of Qatar Racing, owner of Rathmore Stud and manager of Spring Lodge in Manister, tweeted that top Limerick stud farms and archaeological sites would be “threatened”.

His boss - Sheikh Fahad Al-Thani, who heads up Qatar Racing, has invested millions in Manister.

Dairy farmer Rose Keating says she “cannot sleep at night” due to the worry.

“There are proposed routes going through my parish of Manister and townland of Croom and surrounding areas. We have written to the council and made submissions to try and stop this as it would destroy our community.

“For the Keating family, this would result in the entire farm being destroyed along with our house as we could not live here anymore. The proposed routes are completely cutting my farm in half and go through the best of my land. This is not only emotionally but psychologically affecting me and my family. I cannot sleep at night,” said Rose.

She continued: “My dad, who passed away last year, put years of hard work into the farm and he would be turning in his grave. We have reseeded fields and put down all new fencing. This farm has been in our family for centuries.”

Rose says she would no longer be able to milk dairy cows and would have to cut back on the number of dry cattle she has. As well as the human and business costs there are generational consequences for the landscape.

“There is a holy well that runs down through our farm from Grange Hill. The proposed routes are also going through Grange Hill where there are vaults and people buried there. These farms are of huge historical and archaeological value to the parish. My farm and many other surrounding landowners are in the Special Areas of Constraints and GLAS and this will have a huge effect on the environment

“Tory Hill and Tory Hill lake is also beside my farm and we feel it is very important that we preserve the access routes to this from my farm. There are many other landowners including dairy farmers, beef farmers, tillage farmers and stud farms in the area that will be affected hugely,” said Rose, who has been in contact with many others in the locality.

“Some won't have houses and will be hugely affected by this. Many people have spent years paying back mortgages and doing up their houses. They are of huge sentimental value and no money will ever replace this loss.

“If this proposed route was to go ahead, it would see a huge decline in the population of the area. We want to know answers to these questions - where are these people to go? What about our local school and the impact this will have on the numbers attending?

“This cannot go ahead and we as a community want to be heard and are strongly opposing this. We want our voices heard,” concluded Rose.

A petition called “Manister and Crecora community members say no to M20 teal and plum route” has been set-up and can be signed online.

The closing date for submissions on the M20 public consultation has been extended to January 15.

See corklimerick.ie for more information and to see the proposed routes.